Re-vamp Cover Reveal for Damaged and Healed by Becca Vincenza 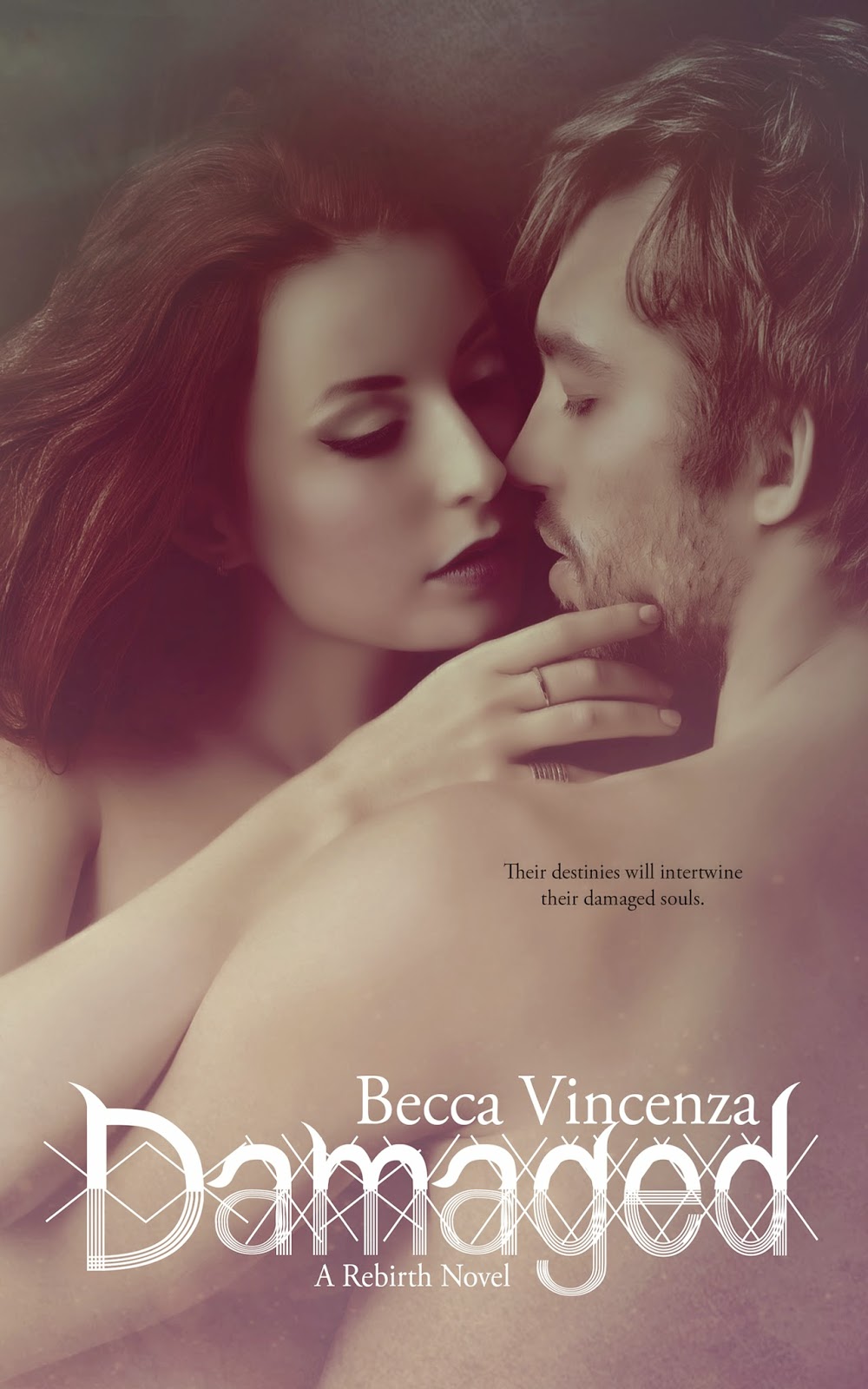 Synopsis:
There are some beings in this world, long thought to be extinct. Some seek to protect them, others want control, but some . . .  some are hell bent on their destruction.
Audrey was taken from her father, hidden away from the world, and tortured for five years. She was rescued, but is she really safe, or is there someone else waiting to betray her? Can she trust those who saved her? Can she learn to accept who she really is?
Stone was on a routine mission to extract valuable information from a rival clan of paranormals. Instead, he and his team find something much more valuable: a scarred, damaged young woman who holds many secrets, and whose power is beyond anything they could ever have imagined. There is much more to Audrey than meets the eye and Stone is determined to protect her.
Audrey and Stone are about to find out it’s hard to know who to trust. 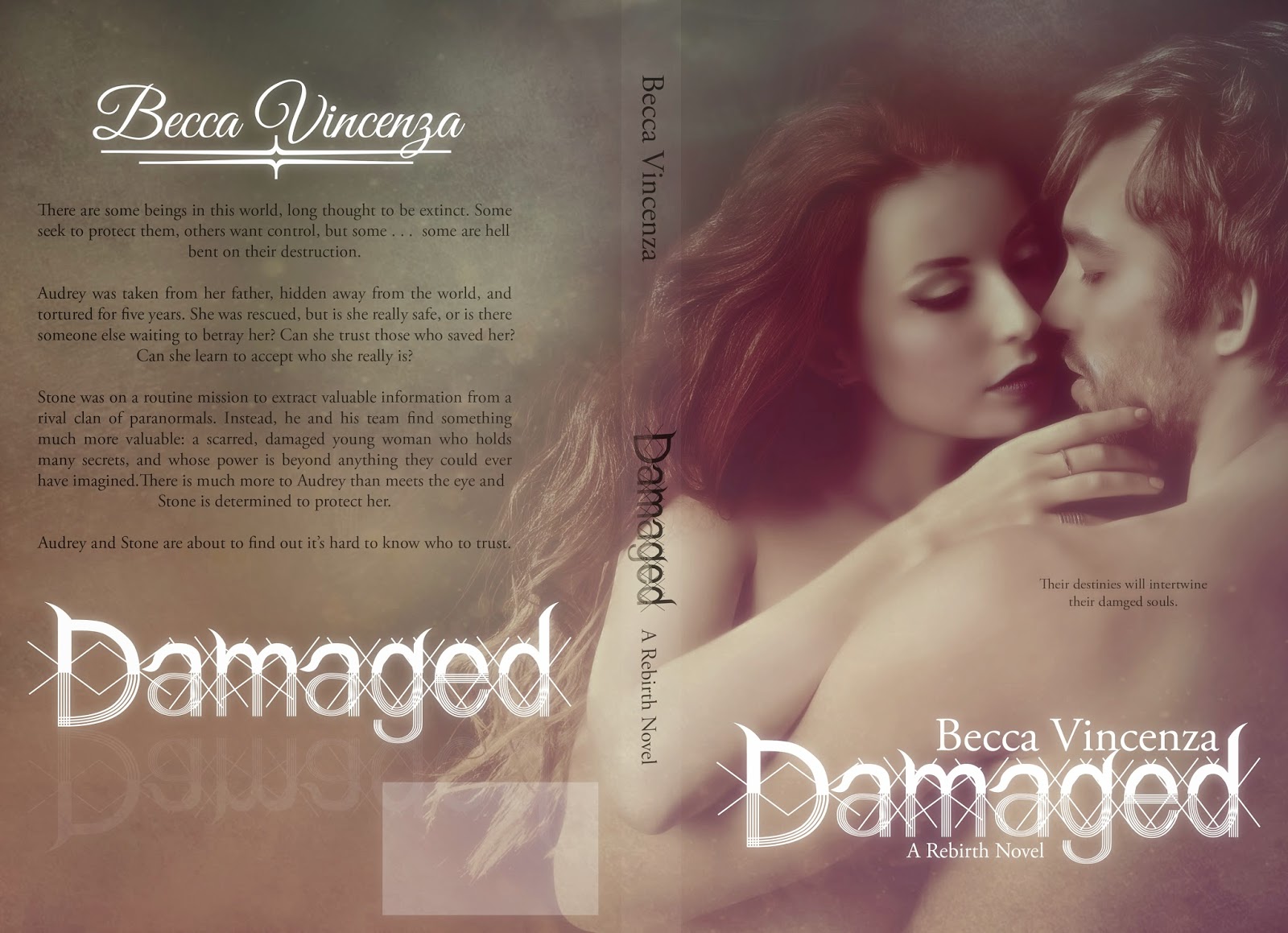 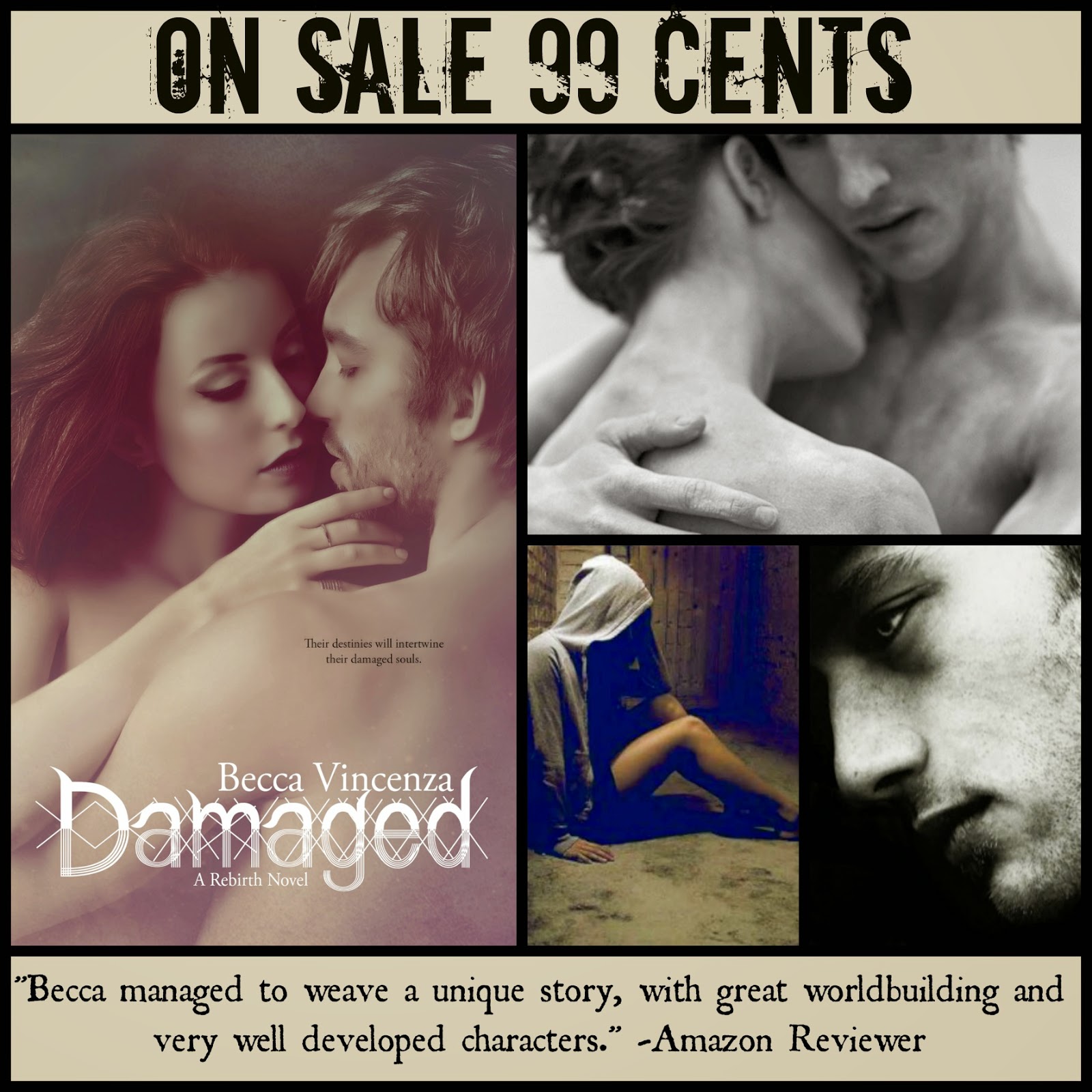 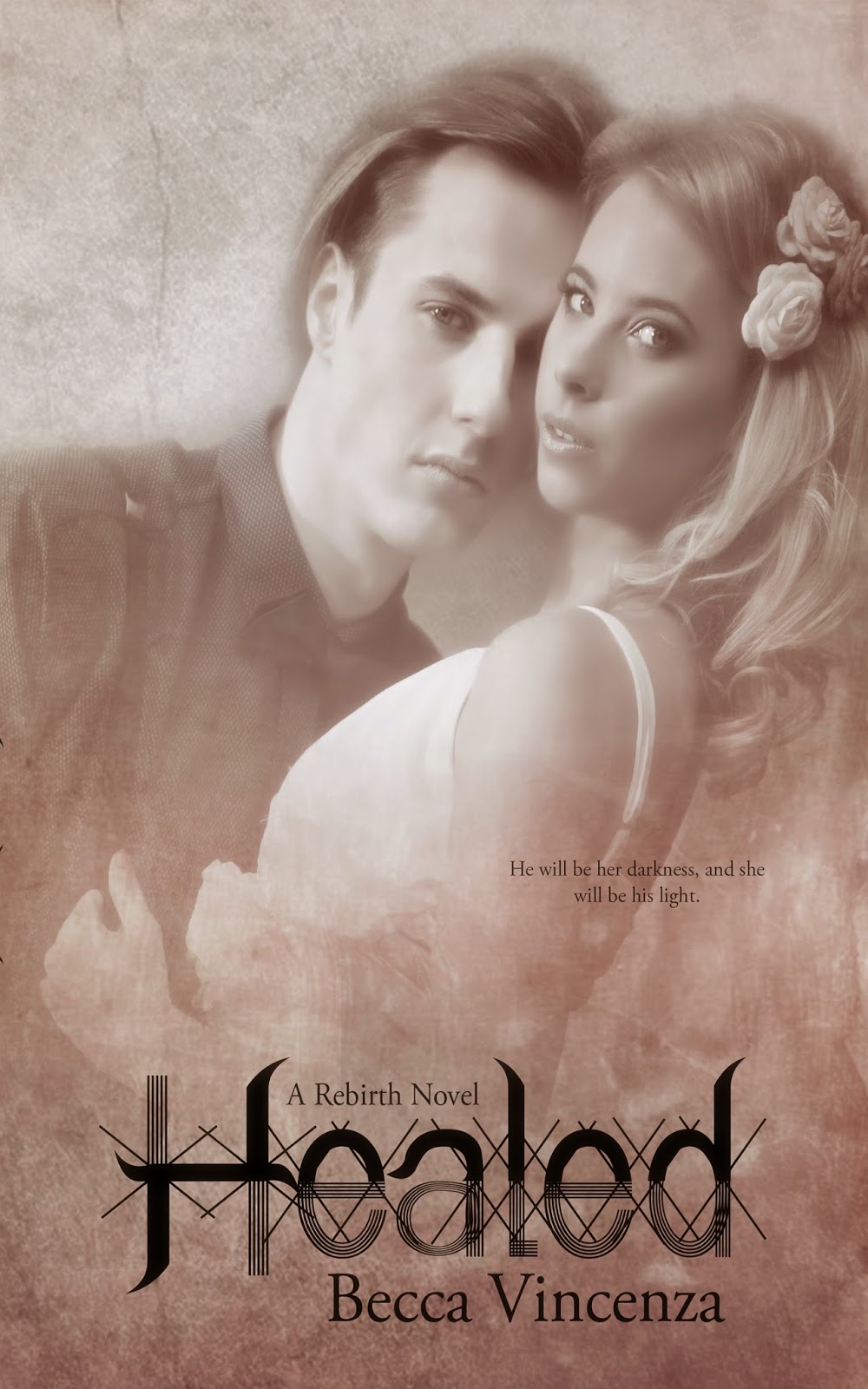 Synopsis:
The race is on to find the Rebirth paranormals.

Elijah doesn’t have feelings. He doesn’t care, nor does he empathize, until the day Audrey was found. While searching her mind telepathically, things suddenly changed for him. He never imagined that he would face all the emotions plaguing him. Now he is on a mission to find the rumored Rebirth creature. What happens when a creature never meant to feel anything suddenly becomes attached to another?

Valentine always knew there was something…different about her. While she hated even the thought of blood, she loved to help those in need. She felt an instant connection with her patients and always strived to save lives. Her adoptive sister always told her that she cared too much. That she couldn’t save everyone. And now there is a colder than ice man in her life that won’t go away, and won’t take no for an answer. The problem is, she never wanted to push him away, even though she knows he will be her downfall. 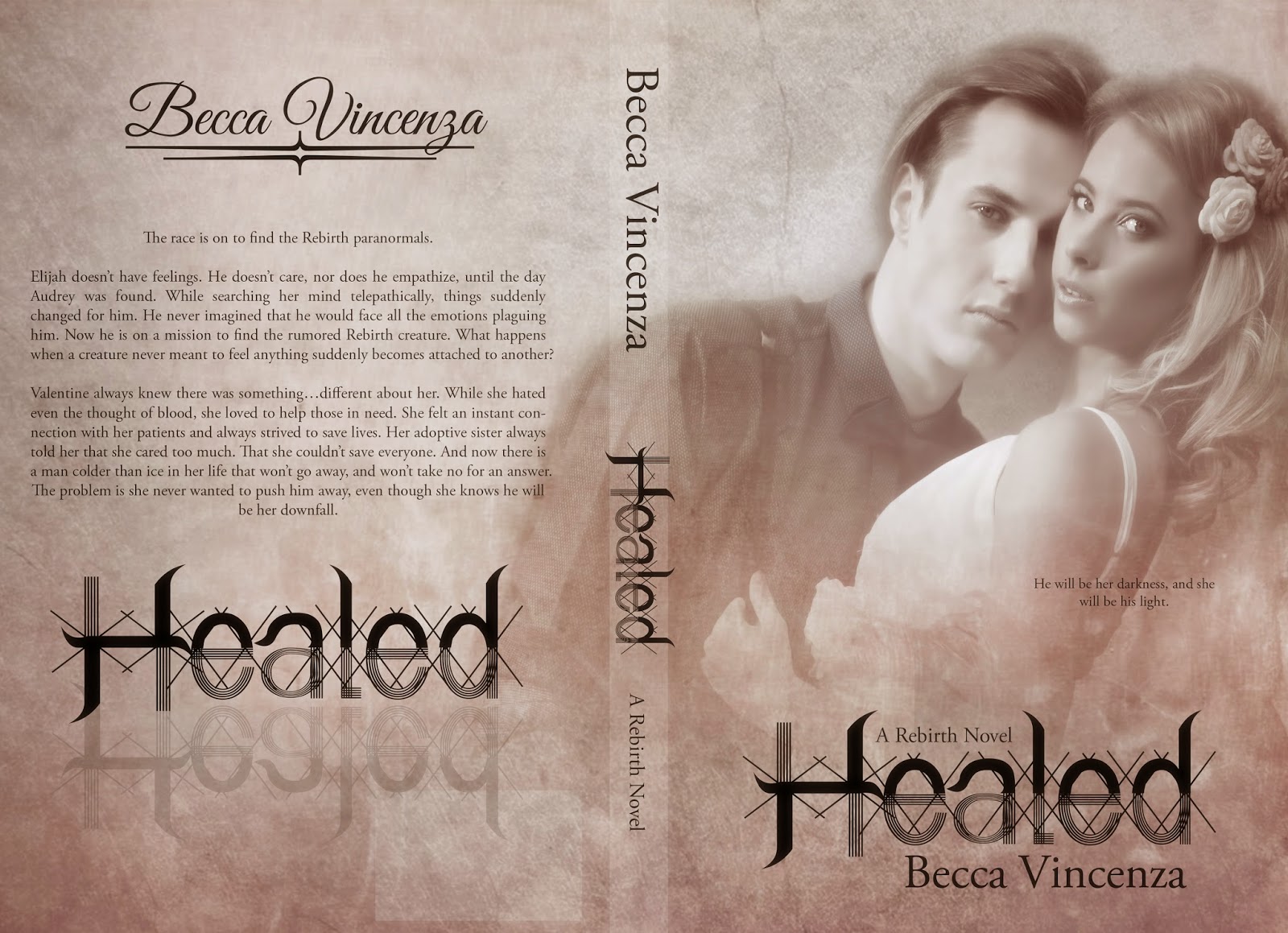 Becca Vincenza lives in wonderful Michigan. She has a love for Skittles, rainbows, Star Wars, and reading about hot men. When she’s not wearing her author hat, she’s working to pay off her student loans for her recently acquired English degree. She recently released the first book in her Rebirth Series and is set to release the second book before the beginning of summer.

You can find Becca around the internet at these sites:

Want to meet Becca in person have her autograph a copy of Damaged? Come see her at UtopYA.

Stalk Her if you Dare: