Book Blitz for A New Life Series by Samantha Jacobey 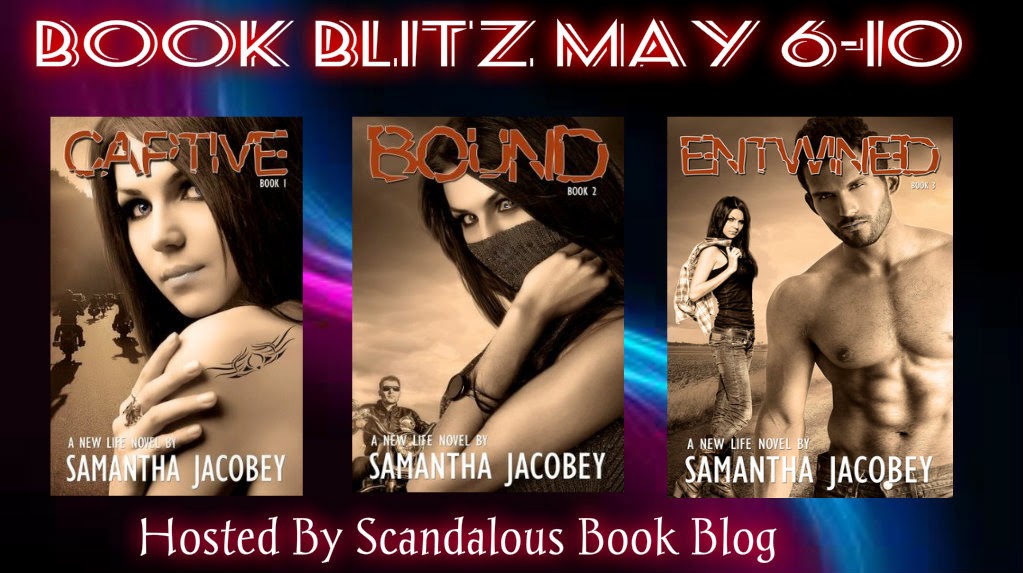 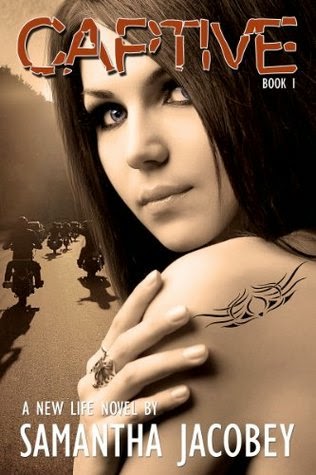 Captive - A New Life Series
To what lengths would you go to break away from a life filled with pain and suffering?

Tori Farrell has lived a dangerous life. When you grow up with a Motorcycle Gang of Mercenaries and Drug Lords like the Dragons, a normal life is more like a fairytale. For years, she accepted her dark reality, a world consisting of drugs, sex, violence and murder. In the end, she learned the most valuable lesson: survival.

After years of being ruled by the Dragons, Tori uses her skills of seduction and assassination to free herself from the grasp of the people who vowed they would never let her go. Taken in by the FBI, she fears not everything is what it seems, and soon finds herself lost in a web of lies and deceit. She thought getting away from the Dragons would put her on a path to a new and better life, but now she must face the cold hard truth”� there is always a price to be paid.

WARNING ~This book is intended for readers 18+ and contains scenes that may cause distress to some readers: Domestic Abuse, Kidnapping, Rape and Substance Abuse are described in detail.

"Quietly, he explained to her that he was going to arrange for another group to kill the Dragons and send her to live with someone who would take care of her. Not understanding, she asked why she would have to go with someone else. If the Dragons were dead, why couldn't she just go with him? He refused to explain, and simply said, "You are going to have a different life, baby girl. A life I cannot give you. You must be strong and willing to do whatever it takes to make this happen. Promise me you will do this...." 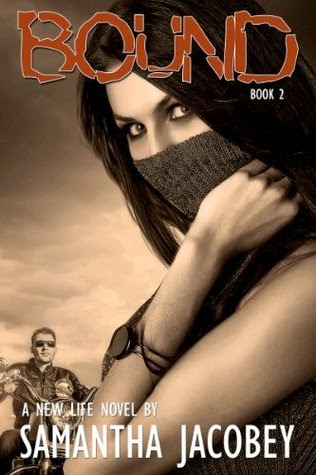 Bound - A New Life Series
Raised by bikers and held by the FBI, Tori Farrell has literally walked over dead men to get to where she is today.

When she broke the ties to her dark and twisted life with the Dragons, she thought it would give her a fresh start and a chance to live a normal life. However, she soon discovered the demons from her past have no desire to let her go.

Bound to a halfway house under orders of the FBI, Tori takes things day by day, working to move forward and to face her own addictions. With her true identity a mystery and no family to turn to, she must learn to accept the love and support of those around her. When a mysterious and charismatic man walks into Tori’s life, she believes she’s finally found someone who wants her for who she is. But sometimes danger doesn’t hide cloaked in darkness”�it comes out into the light of day in the form of a smooth talking bad boy who appears to be everything you’ve been looking for, but is really the one thing you should be running from”� 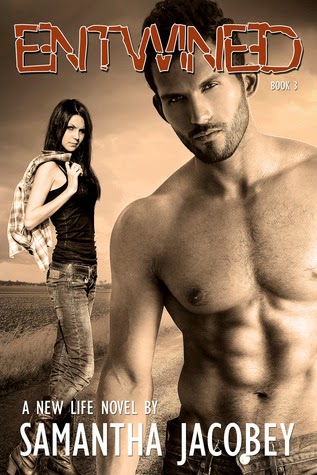 Entwined - A New Life Series
There is nothing crueler than getting a taste of something you’ve fought hard to reach, only to have it ripped away, sending your world into a tailspin

Tori wants to put the past behind her, but it’s a daunting task when you have the FBI trying to force you back into the life you’ve escaped. When a ghost from her past visits, it could be the leverage they need to do exactly that ”" put her back into the game of murder and deceit. Tori has decided to run, in an attempt to protect her new friends, by fleeing from LA.

Wanting a place to call home and feel safe from the madness, she sets out with a plan to disappear and hide in anonymity. Her idea only holds one flaw ”" a man she can’t shake, who won’t take 'No' for an answer.

She soon discovers that getting a new life means she must first lay to rest the demons of her past.

Samantha Jacobey is a middle aged woman who earned a BS in Business Management and has worked in half a dozen fields. With a relentless zest for life, she enjoys action and adventure, as well as all the love and romance it has to offer. Creating stories in her mind for many years, she has put some of them into print for the world to share, and hopes you will enjoy reading them as much as she did creating them. What drives her most is the love of a good story and is confident you will enjoy her latest creation.