Release Day Blitz: Fly Me to the Moon by Bev Elle 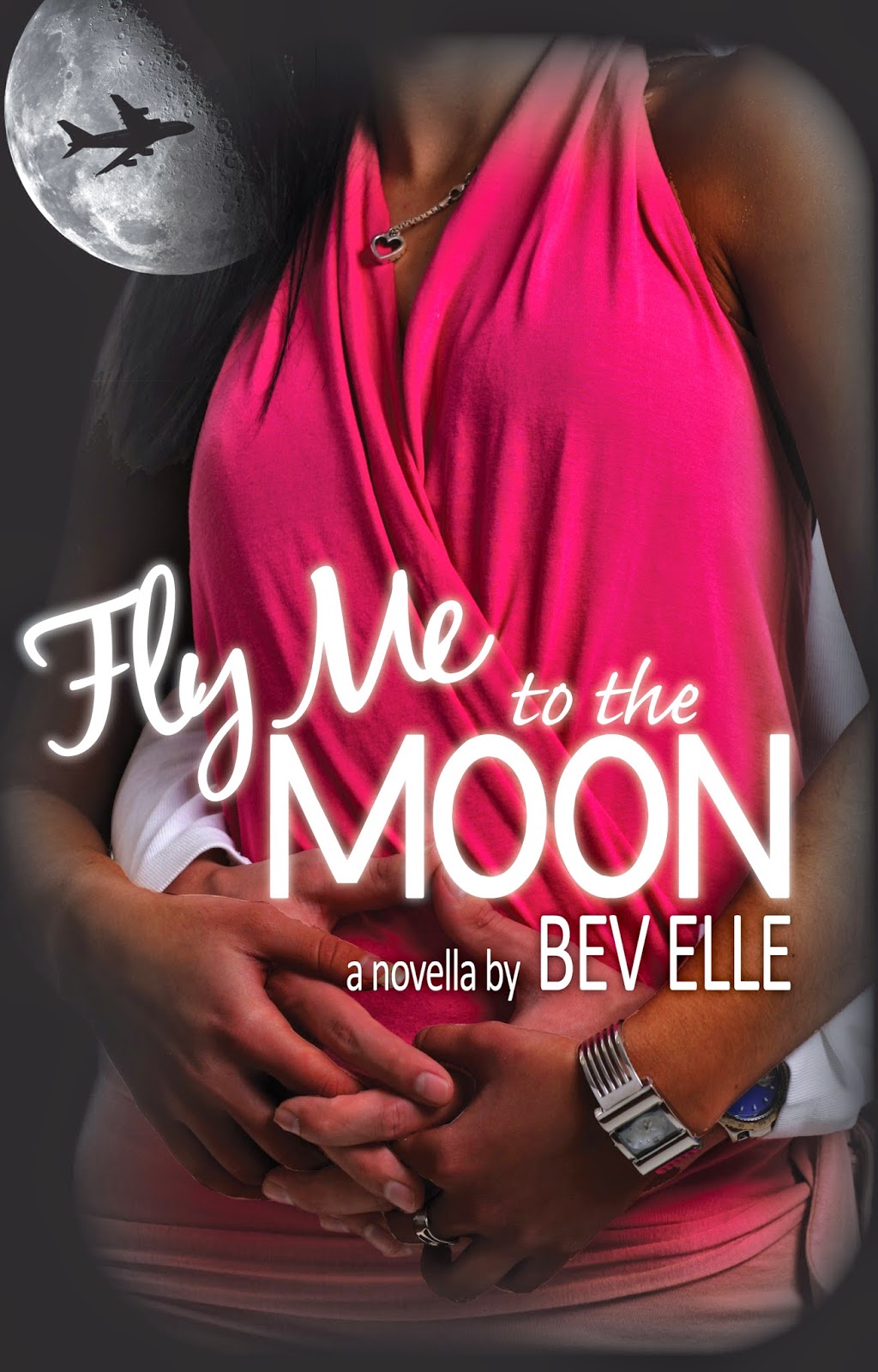 
Ticketing agent Jessamy Taylor has been in a dating slump exacerbated by moving her sickly mother into her home. The truth is she's never gotten over the quirky Dr. Griffin Sanderson whose Obsessive Compulsive Disorder drives her crazy, despite his excellent bedside manner.

Fly Me To The Moon is a love song covered by many, the most memorable being Frank Sinatra. Griffin whistles this tune incessantly, but that’s just one of the many odd quirks Jessamy Taylor either loves or hates about him. Since their ill-fated love affair two years prior, she’s found no one to replace the good doctor.

A date with a self-absorbed jerk that goes awry for Jessamy somehow ends with her in Griffin’s arms. Will the changes he’s made be enough this time, or will secrets tear them apart? Kyla rasped, “I-Is that Griffin petting a dog over there?”
Jessamy shielded her eyes with her hand and peered across the cul-de-sac. If she’d seen it first, she might have choked on her lemonade, too. Griffin Sanderson was petting the Fowlers’ dog. “Oh my God, he is!”
“Don’t they have like a gazillion germs or something? And what happened to his glasses?”
“Actually, some would argue that dogs are cleaner than humans. And Griffin got contacts.”
“Finally. You know, Jess, he’s looking kind of good, today. You might want to tap that again since he’s had a makeover and all.”
Jessamy waved her off. “I couldn’t possibly.”
“Why not? The guy I see over there looks infinitely tappable.” Kyla set her drink on the table and folded her arms.
Jessamy sipped her lemonade. “He may look tappable today, but you didn’t have to experience what I did with him as his girlfriend for two years. I should’ve called it quits after our Christmas trip to the Poconos, but I had fallen for him, and like so many misinformed women in history before me, I thought I could change him.”
“You’d think you two would’ve been great together, twin OCD and all. And I thought you said the trip to the Poconos was perfect.” Kyla said, air-quoting the word perfect.
“Everything was perfect up until that trip. We had so much in common. We both loved science fiction. We were both G.R.R. Martin geeks who watched the Game of Thrones show together and nitpicked how the show differed from the books. And even though I had the books on my kindle, he gifted me the hardbacks as a three-month anniversary present.” Jessamy smiled at the memory.
“I remember. You two were enough to make regular folks gag.”
“And you and Carter don’t—with your copious PDA?”
Kyla laughed. “But at least we don’t get all aroused over an episode of The Big Bang Theory.”
“Carter likes that show.”
“Not more than he likes me, though.” Kyla actually twirled her hair.
“Is he coming today?”
“Yeah, after he does his Saturday morning nine holes with his boss. Ugh!”
“Good, we’re going to need all the people we can get to eat up all this food.” Jessamy eyed the tables balefully.
“Look!” Kyla said. “Griffin’s holding the Fowlers’ baby. Now doesn’t that make your ovaries want to explode?”
Jessamy turned her head slowly, knowing the sight would slay her. Griffin never held babies. She took it all in as if in slow motion. Mark was holding their toddler in place as Jenny was cleaning up the sticky Popsicle he was covered in, while Griffin was holding the four-month old. He cradled her a bit nervously at first, then he seemed to get his baby-holding legs under him and finally began to smile and talk to her.
Jessamy and Kyla could hear her baby giggle from where they stood. “Aww!” They said in tandem. 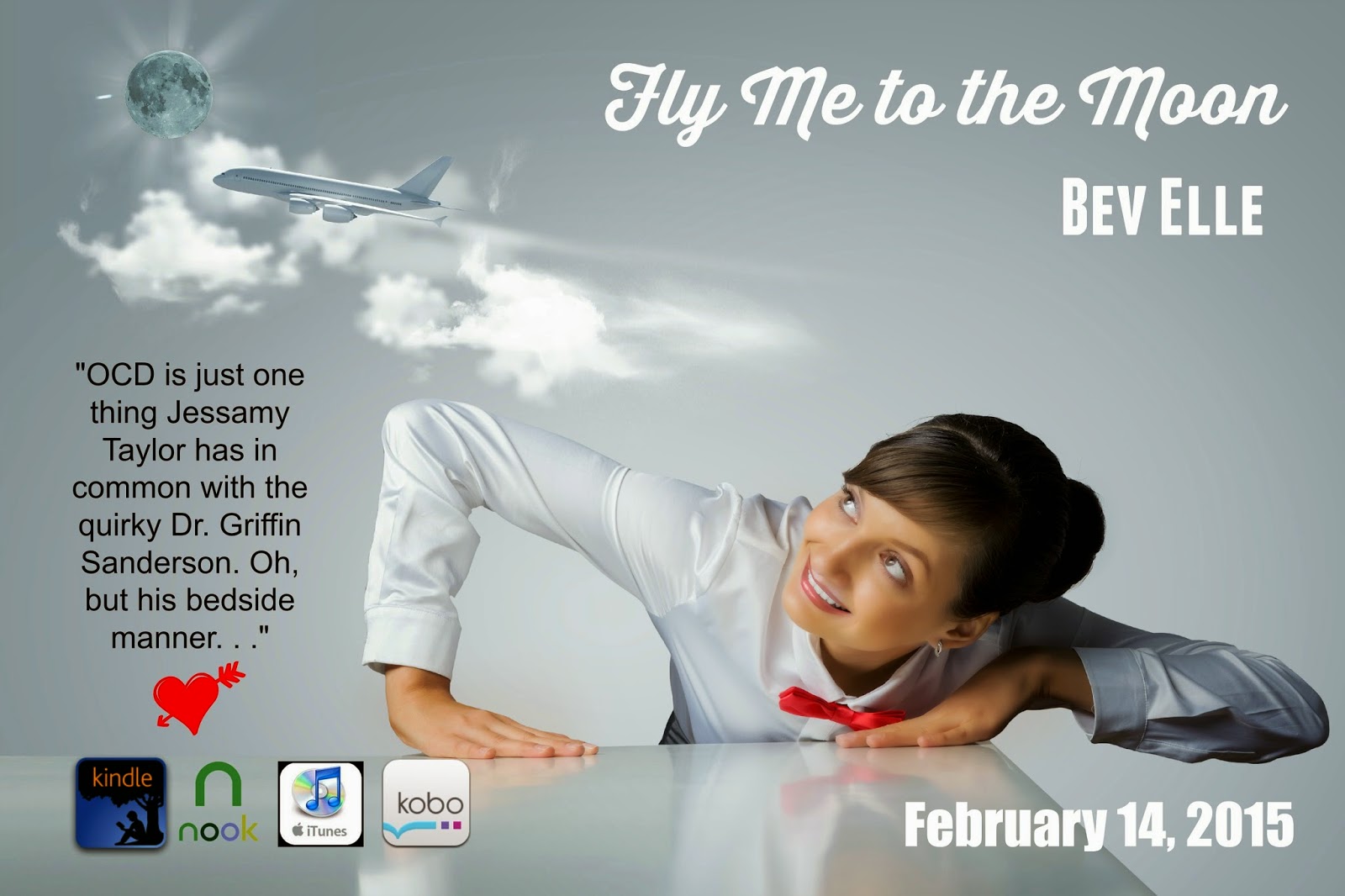 Bev Elle the author of sweet and spicy, contemporary romance. A lover of books–many already written, and those she harbors in her very active imagination. Writing is a passion she’s had for many years, but was unable to act upon. Until now. Bev Elle is the mother of three human children and two canines. She is also the lover of one husband :) When Bev isn’t writing in her spare time after work, she is thinking of doing so.