Jen Andrews grew up in a small town in Northern California. She is a self proclaimed music and lyric addict, and there is never a time where she is not listening to it. She spends her days working for a large insurance company, and spends countless hours writing and reading when she is not working.


Jen is also a huge fan of New Zealand's All Blacks rugby team and has traveled to New Zealand to see them play. Jen has also spent over twenty one hours watching the All Blacks Sevens, and teams from around the world play in a tournament over one weekend in Las Vegas. She's just a little bit addicted to rugby.. Okay, she's crazy about rugby!

Jen and her husband, Jake, love to travel wherever they can. They love taking road trips and also hopping on planes to take them around the world.

She currently has all three books of Zoey and Andy's story written, and will publish them as soon as humanly possible. She has also written a fourth book and has a fifth book in the works that is not related to the Just Say Yes series. 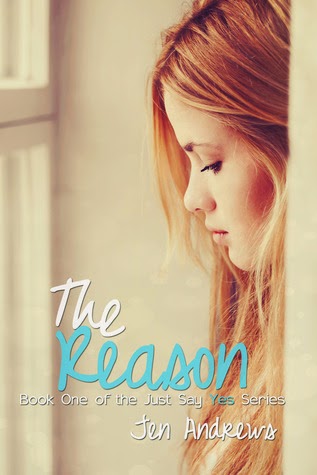 Zoey James is in a funk. She has been through more in her twenty-three years than most people have experienced in their entire lives. After her ex-husband tries to take everything she’s worked so hard for, she makes one rule: Never date someone she works with.

When her father’s newly hired mechanic moves into the apartment above their family-run business, Zoey’s lonely life is flipped upside down.

As a teenager, New Zealand native, Andy Tate’s family is tragically killed in an accident, and he is taken in by his aunt and uncle. Andy is pulled away from the only place he’s ever known as home, and moved halfway around the world to Northern California.

Ten years and one failed marriage later, Andy finds himself living in a new city, with a new job at James Racing, and living in an apartment next door to Zoey, his new boss’s beautiful and damaged daughter.

After an interesting chain of events over one weekend, Andy and Zoey form an unexpected bond. Even though he’s the only one who can get through to her, she will do all that she can to keep him at a distance and not break her one rule.

Will Andy be the reason for Zoey to start living her life again, or will she continue on her downward spiral, until she finally hits rock bottom? 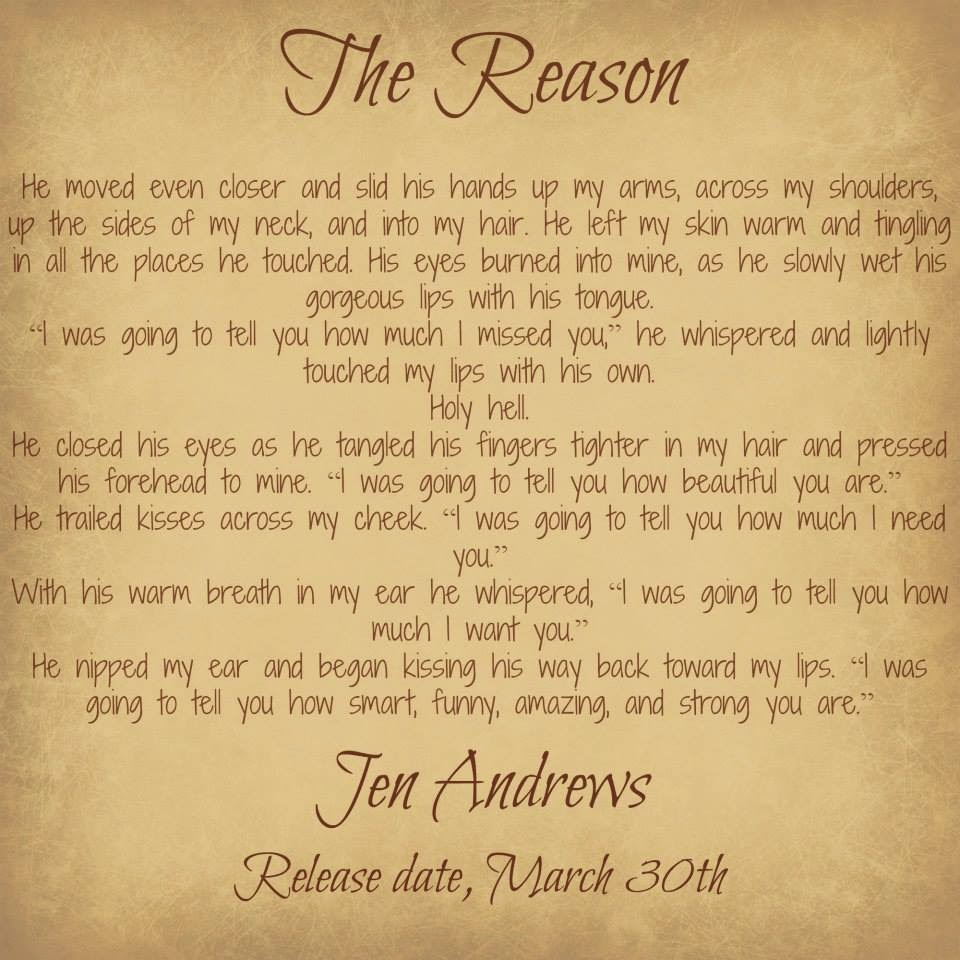 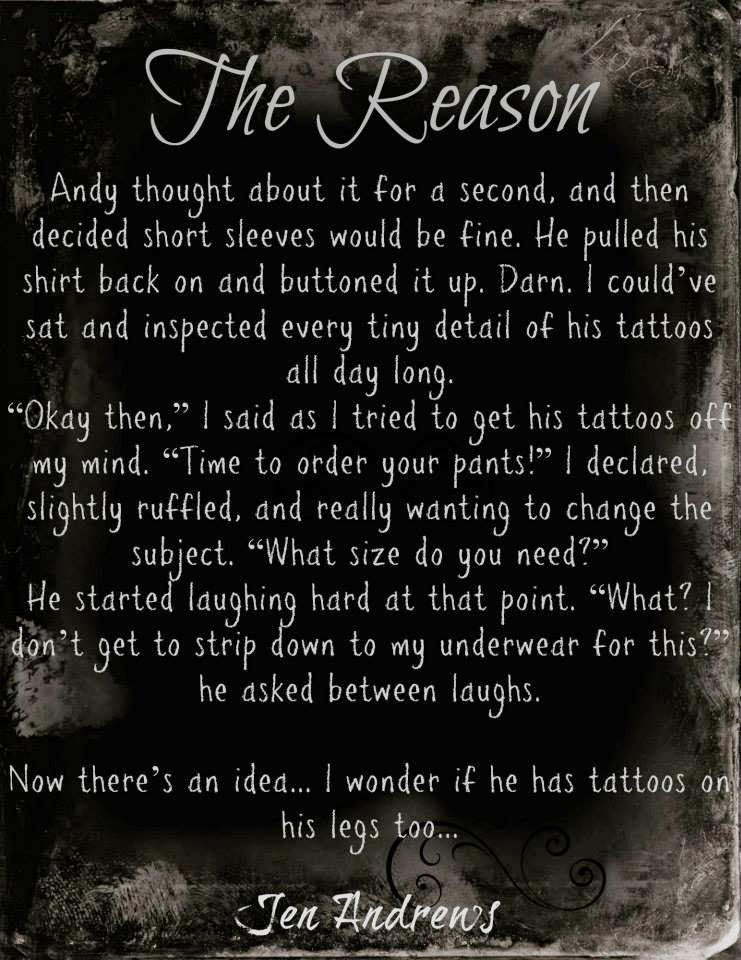 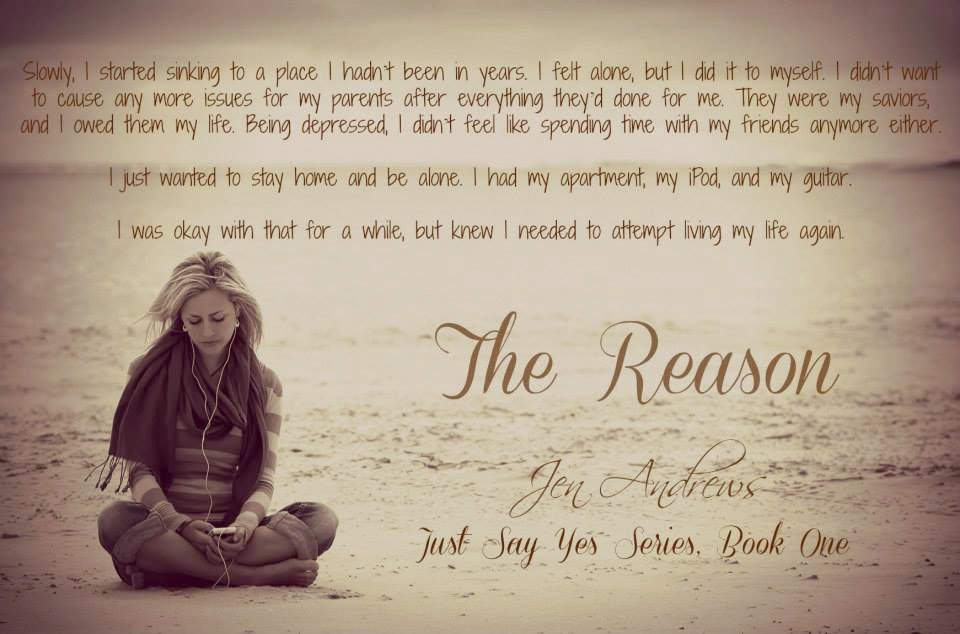 Epic. Epic. Epic. Did I mention this book is EPIC? Well, it is.
I met Jen when she did an impromptu takeover on my blog, and after reading the teasers about The Reason, I knew it was something I had to read. Boy, was I right.
Romance usually isn't my thing. I like my romance mixed with vampires and ghosts and other paranormal things, but she had me hooked from page one.
Delving into Zoey's childhood, I actually forgot I was reading and I was right there with Zoey, reliving her memories. My knuckles were white as they pressed into my palm as I went through everything she did. When my cat jumped on me and brought me back to reality, I looked around and was almost surprised to see my bedroom around me. Jen has a gift.
The Reason is about two beautiful, but broken, people - Zoey and Andy. They both have pasts that have made them shy away from love, but sometimes our fate is written in the stars and we have no choice but to follow along. As you read this book, you learn more about why these two are the way they are, and you begin rooting for them to be together. I don't want to give too much away, but I will say that it's an epic romance, and an epic story. Stop. Stop what you're doing RIGHT NOW and get this book. Zoey and Andy will get right into your heart and they will never, ever leave. I can only imagine that books 2 & 3 will be even more spectacular, as we follow them on this crazy ride and see what Jen has in store for them.
If I could give this book a million stars, I would. And they would all outshine the rest in the sky. 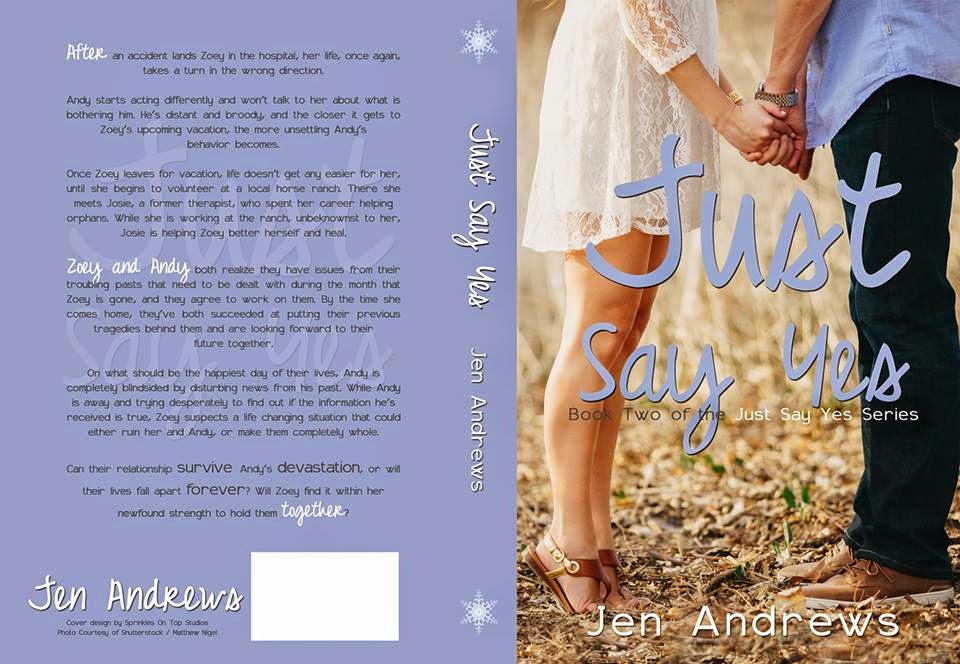 After an accident lands Zoey in the hospital, her life, once again, takes a turn in the wrong direction.

Andy starts acting differently and won’t talk to her about what is bothering him. He’s distant and broody, and the closer it gets to Zoey’s upcoming vacation, the more unsettling Andy’s behavior becomes.

Once Zoey leaves for vacation, life doesn’t get any easier for her, until she begins to volunteer at a local horse ranch. There she meets Josie, a former therapist, who spent her career helping orphans. While she is working at the ranch, unbeknownst to her, Josie is helping Zoey better herself and heal.

Zoey and Andy both realize they have issues from their troubling pasts that need to be dealt with during the month that Zoey is gone, and they agree to work on them. By the time she comes home, they’ve both succeeded at putting their previous tragedies behind them and are looking forward to their future together.

On what should be the happiest day of their lives, Andy is completely blindsided by disturbing news from his past. While Andy is away and trying desperately to find out if the information he’s received is true, Zoey suspects a life changing situation that could either ruin her and Andy, or make them completely whole.

Can their relationship survive Andy’s devastation, or will their lives fall apart forever? Will Zoey find it within her new found strength to hold them together? 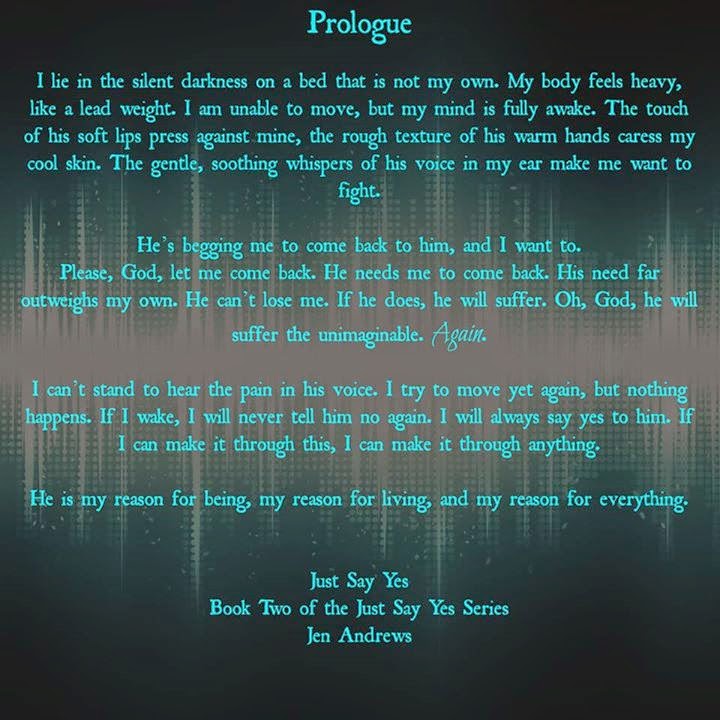 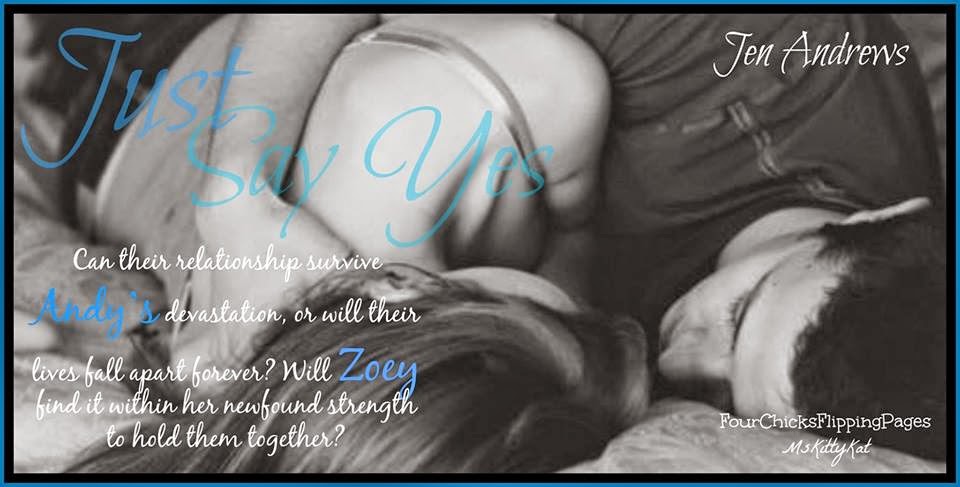 Be on the lookout for Just Say Yes this summer! I was fortunate enough to read an ARC, and it is UH-MAZING!

Romance isn't really my genre, but Jen Andrews gave me THE REASON to JUST SAY YES to her books a thousand times over. 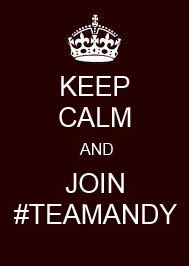