Okay, so no one actually kills themselves in this book.

The Coolest Way to Kill Yourself pulls you into the early 90's New York City rave scene, in all its chaotic, psychedelic glory. The narrator grabs you by your wrist and drags you behind two teenage lovers from New Jersey as they tumble through a whirlwind of reckless hedonism that eventually spirals into a dark, devastating world of drug addiction and heartbreak. As a teenager, Lynn cried, "No one is ever going to write something for me."

Nearly two decades later, in the aftermath of Hurricane Sandy, Nicholas did just that. The gesture came too late for our unlikely heroine, but his heart was in the right place. A broken heart... but a true love. Reunited after years apart, Lynn and Nicholas embraced their love and sexuality, and embraced each other, despite troubled pasts, despite illness, despite all of their imperfections and mistakes. They shared the kind of honest and shameless connection that few have had the honor of knowing, and most would never understand.

"We're not hurting anyone. We're just living life without caring what anyone thinks about us."

"It's the coolest way to kill ourselves," Lynn said.

So turn the page, and pull the trigger.

NOTE FROM THE AUTHOR:
I think that you will find my book very interesting. It is a very unconventional romance. The love of my life died at the age of 37. She passed away a little before Hurricane Sandy. With a generator to keep my laptop working, I wrote a book for the woman who thought no one would ever write something for her. 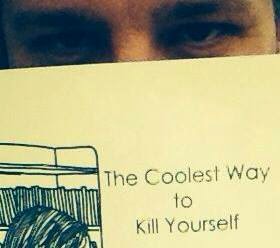 Nicholas Tanek is an American ghostwriter from New Brunswick, New Jersey. He graduated from Rutgers University with a Bachelors in English. He has been a ghostwriter for over 15 years.

The Coolest Way To Kill Yourself- AMAZON REVIEWS 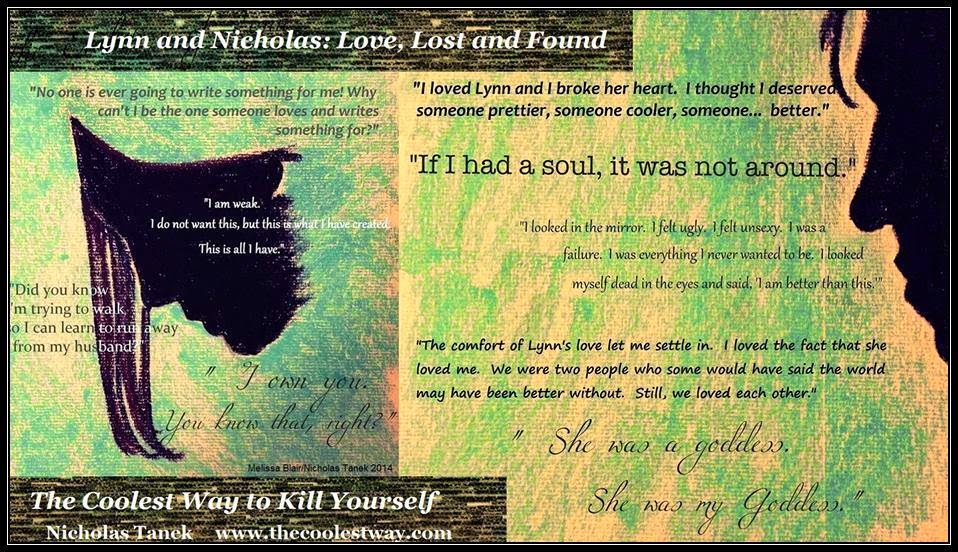 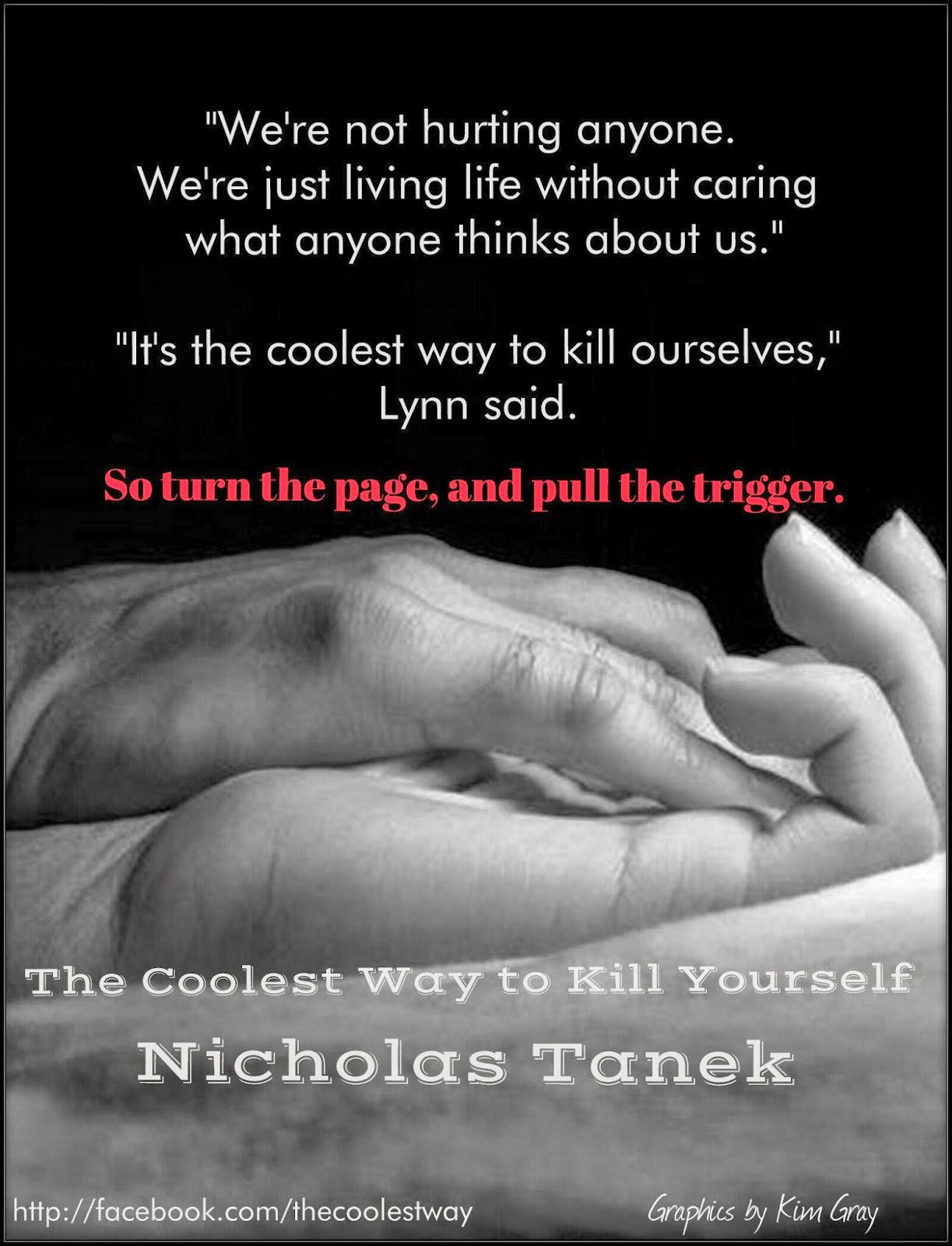 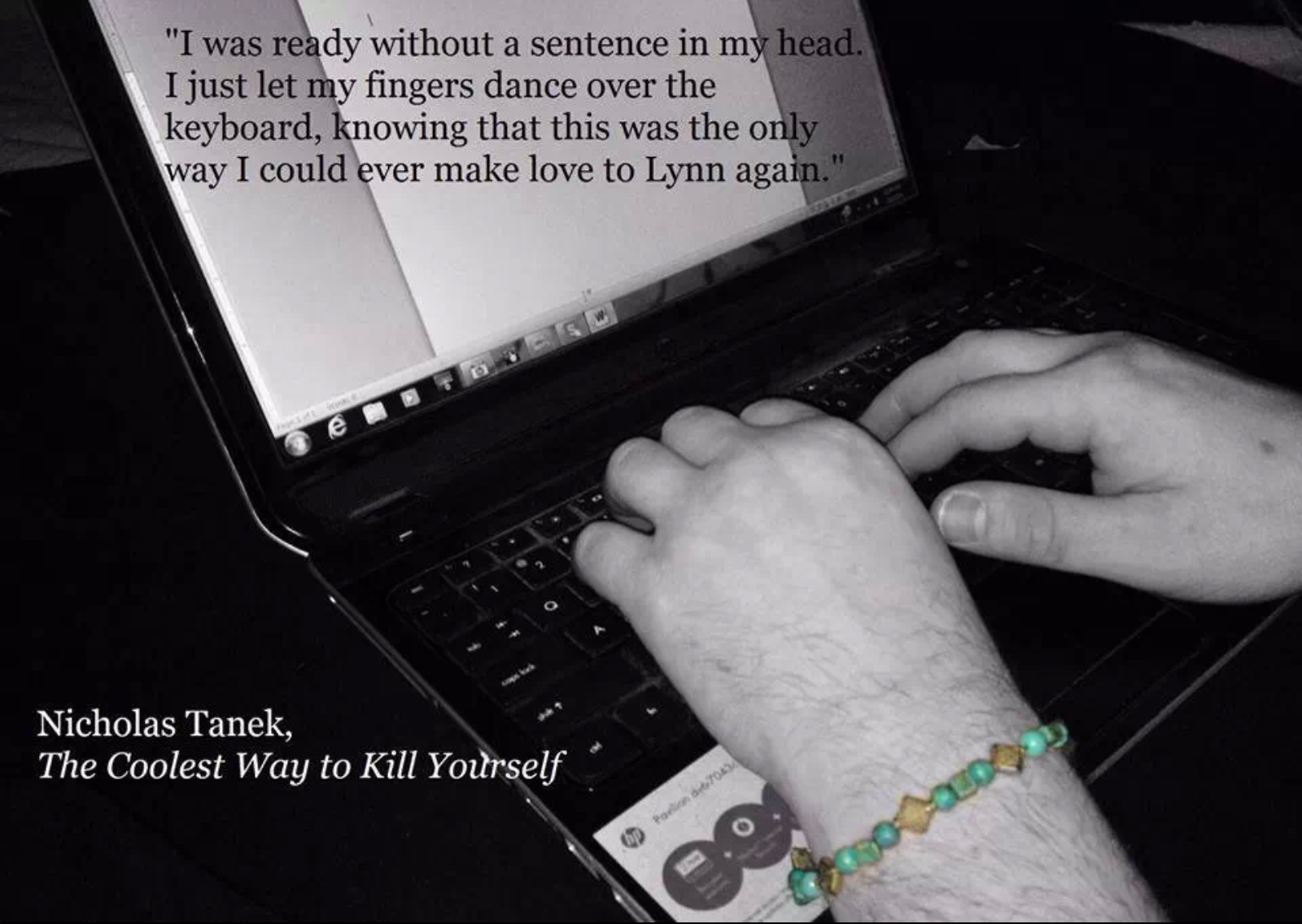