The Beauty in Deception 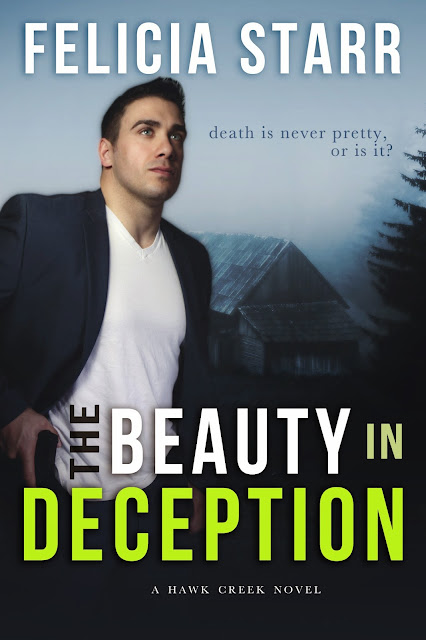 After years of tangled sheets with a series of one-night-stands and living under a whiskey-induced haze, Detective Dex Preston is constantly trying to cope with the pain and guilt of his past. His perpetual state of denial is interrupted by a disturbing string of horrific murders, thrusting him into a very bizarre case. Dex struggles to bring justice to the murdered women because every lead uncovered is tied to the women in his life. As the bodies pile up, Dex realizes his life will never be the same when he has an unexpected run-in with Trina Hayes, a snarky blonde who possesses the potential to break down the walls of his hardened heart. She alone can bring Dex face to face with two things he fears most—love and death. For the first time in years, he finds himself concerned about someone else, but she could be next on his killer’s list.Dex knows he needs to find the killer even if he isn’t prepared for what unfolds next. 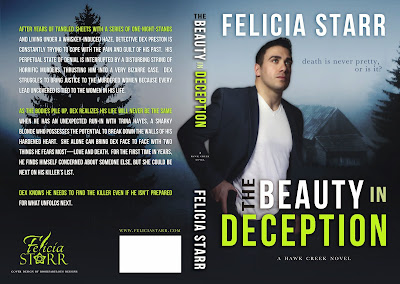 The man's voice was almost on top of her. Trina heard what he said, but she was about as frozen as a person who couldn't stop shaking could be.
"Ma'am, I am approaching you. Please, if you can hear me, please show me your hands. Are you injured?"
In Trina's mind, she could see herself releasing her legs and showing him her hands, but she couldn't connect the command to the action.
A second set of footsteps and the clambering of a gun belt rattled around behind her, and a sudden shot of pain on her shoulder jolted Trina into motion. She was too disoriented to realize someone had put their hand on her shoulder.
"Take it easy."
The man was no longer raising his voice, and she could feel him beside her.
"Here you go, sir," the female officer’s voice sounded.
"I am going to put this blanket around you. My name is Officer O'Neil."
He draped the blanket over her shoulders, and the pressure from the shroud felt like pins and needles on her flesh. She wasn't sure if it was from an injury, or if her skin was so cold that it had become numb.
"Can you tell us your name?" he asked.
She slowly lifted her head. The intensity of the flashlights assaulted her eyes, causing her to blink repeatedly. Trying to focus was a struggle.
"Trina, Trina Hayes," her voice was just a whisper.
"Trina, can you tell me what happened here?" O'Neil questioned.
"Sir, we have a DOA here. The bus should be here any minute."
"DOA?" Trina's voice cracked.
With trepidation, her head turned to the officer who had said it. She looked at his face and couldn't help but think of how young he appeared. He must have been in his early twenties, but he looked like an oversized teenager.
How she wished she had kept her eyes on him instead of investigating her surroundings.
Her eyes fell down hard on a blood soaked body, only inches from where she sat. She scanned the woman's figure quickly, looking for injuries, and most importantly, her identity. Was it someone she knew?
Trina's hand escaped the shroud of fabric that was draped over her shoulders to cover her mouth as she gasped for air. She tried to back away, but she collided with Officer O'Neil.
"Do you know her?" he asked.
Trina turned into him and shook her head. He put his arm around her but did not squeeze her into an embrace. There was nothing personal about it, just a reassurance that she was in safe arms.
"The first bus is here, sir." Clark called over to O'Neil.
"Okay, let’s get the squad over here and see if we can move Miss Hayes. Smith, you call in for the medical examiner to get down here." He commanded the two other officers that were standing beside the body, "Do a sweep of the area and tape off the scene."
"Miss Hayes, this is Officer Clark, I am going to have her ask you a few questions while the rescue squad checks you for injuries. I will be right here if you have any questions."
"No," she pulled on his arm as she looked up at him for the first time, "stay. You can ask me the questions."
The pupils of his eyes were so big they looked black. His head was clean-shaven, and he wore a thick mustache over his top lip. She almost laughed to herself. He looked like a cop, one with the shoulders of a linebacker.
"If you insist." He rearranged his feet, so he could balance in a squatting position off to her side, leaving enough room for the medic to get in and do a quick assessment of her before they took her to the hospital. "Can you tell me what happened here tonight?"
"No. What time is it?"
"It is currently three am. What are you doing out at this hour?"
"I’m not sure. The last thing I recall is laying on the couch to catch up on my DVR list. I don't even remember leaving the house."
"So… are you telling me that you were taken from your home?" O'Neil asked.
"I don't think that is what I am telling you. I am telling you that I don't remember anything after that. I would assume that I must have dozed off."
The medic flashed a light in front of her eyes, asking her to follow the beam, and grasped her wrist to check her heart rate.
"Excuse me, officer. Ma'am, I need you to remove the blanket, so I can see your arms and legs. Can you tell me where the pain is coming from?"
"Everywhere." Trina tossed back the blanket and looked down at her clothes. The last she recalled, she’d had on matching thermals with tiny flowers on them. She now wore jeans and what had once been a white sweater. It was torn through on the sleeves and covered in dirt and blood—a lot of blood.
"Whose...?" Her hand shook as she lifted it to touch her stomach. "Whose blood is this?" 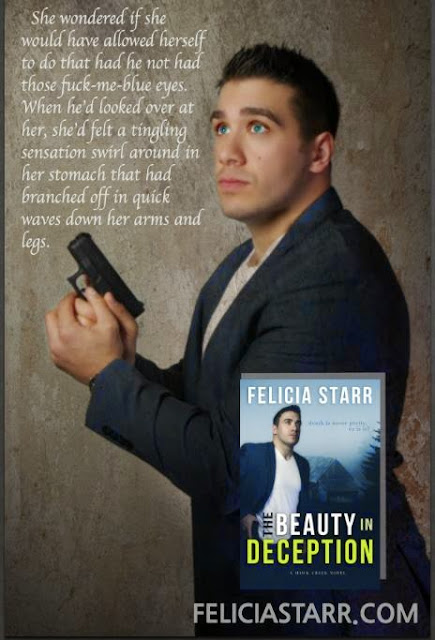 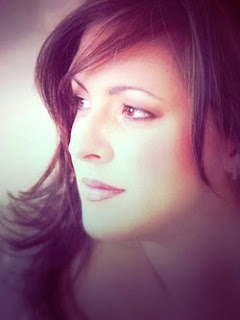 Romance writer Felicia Starr was born and raised in New Jersey. She has been an avid traveller starting at a young age taking magical adventures exploring scenic and historic sites across America with her grandparents. Lover of almost all things paranormal and science fiction, yes that includes fantasy and no it does not include movies about giant ice spiders.

Her days are spent counting down the minutes until her next cup of coffee, preferably with a caramel swirl, her nights are filled with reading and quiet meditations drawing inspirations for her stories.

Felicia has been writing in one form or another for as long as she can remember and still has her first bound book that she wrote and illustrated in grade school. When not wrapped up in writing or reading she is finding the next best way to create lasting memories with her husband and sons.

Reading for fun, writing for passion… always thinking and dreaming in scenes.