Promo Tour for What the Heart Takes by Kelli McCracken 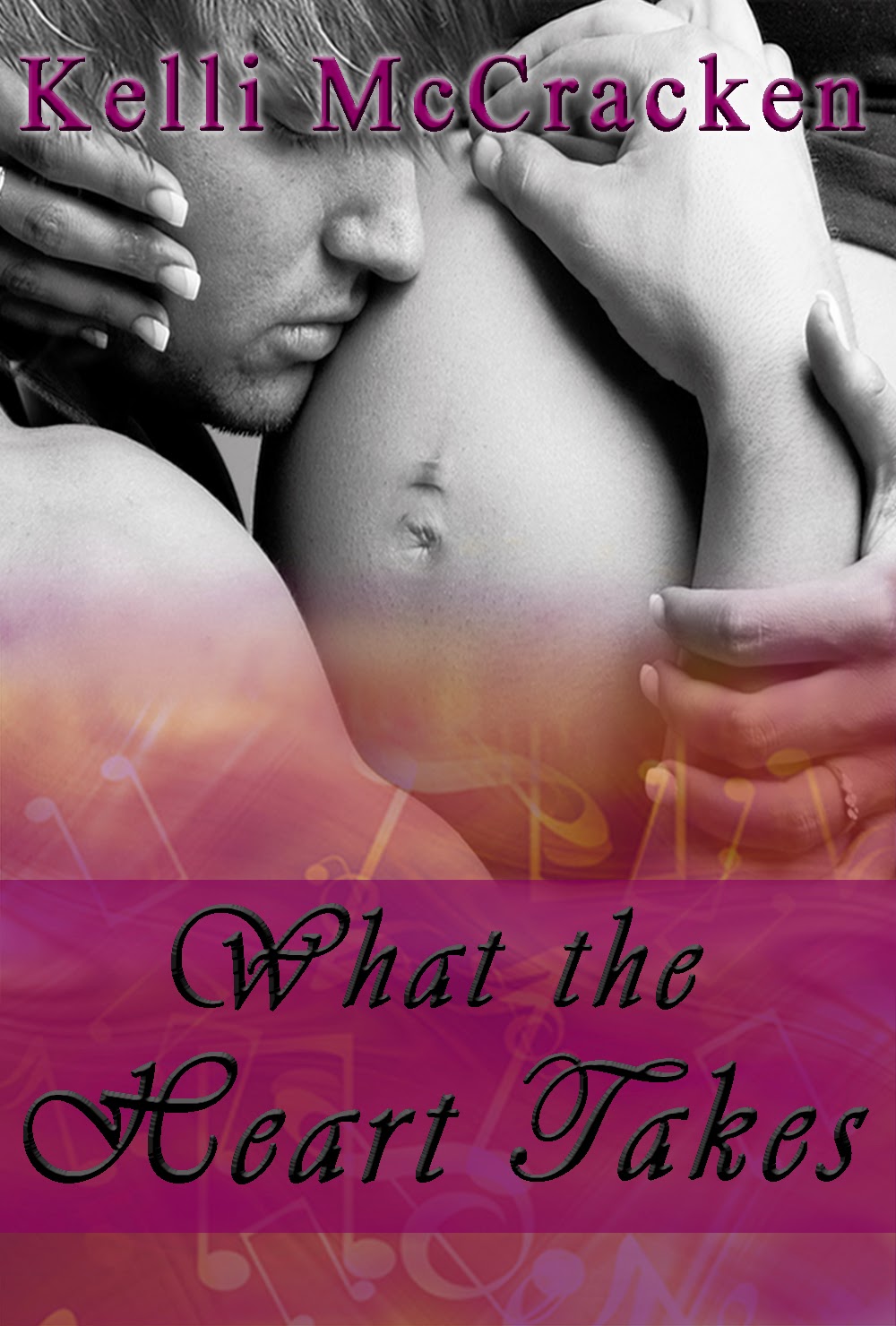 What the Heart Takes
by Kelli McCracken
Promotional Tour 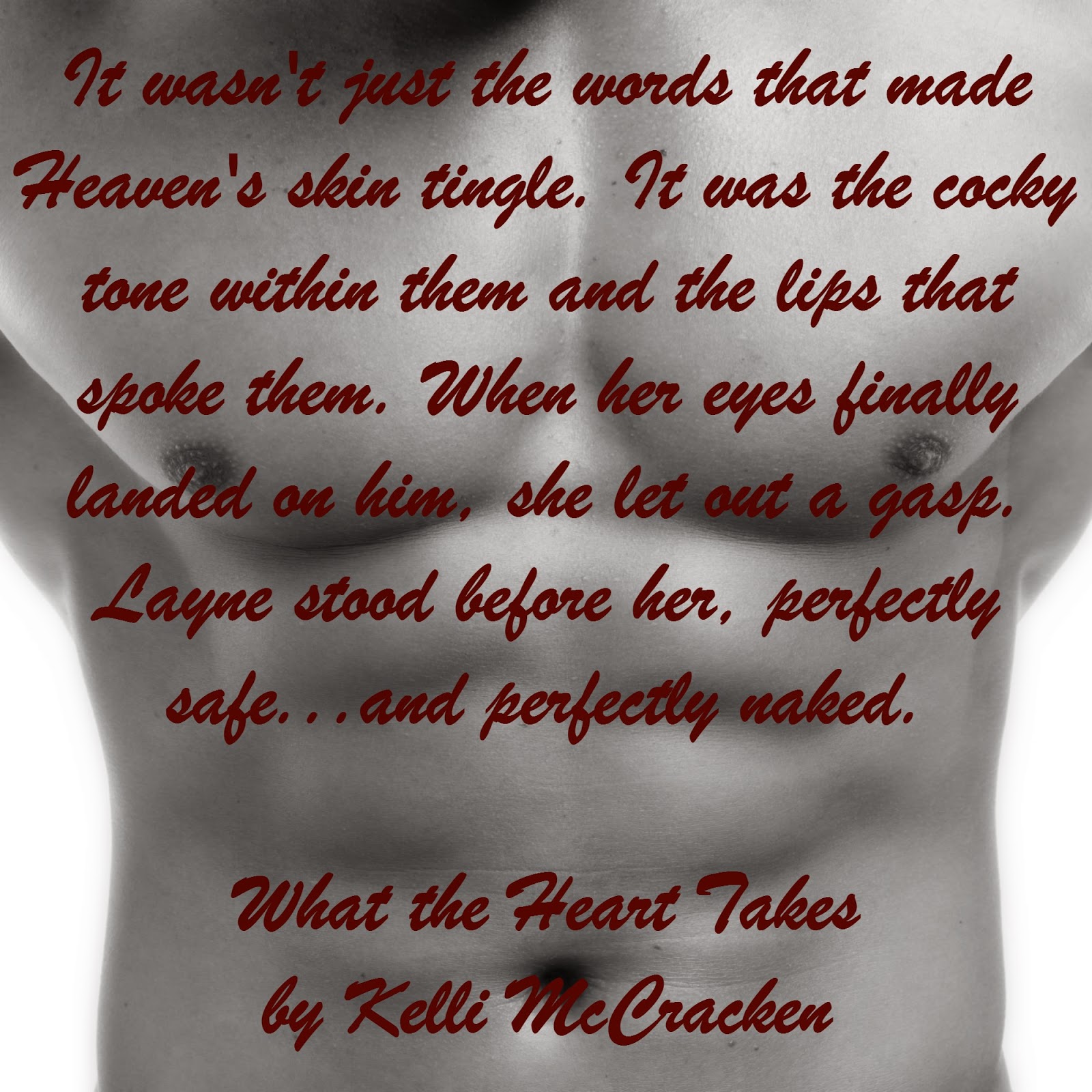 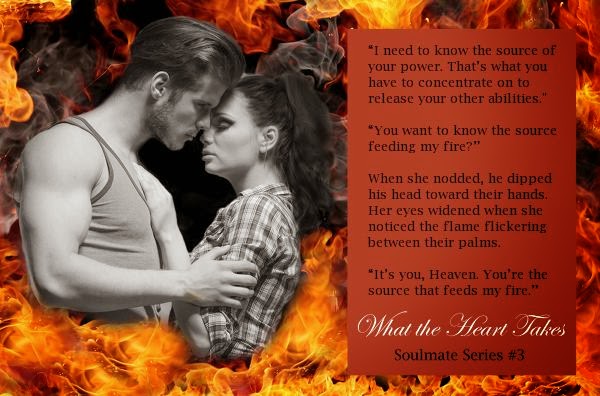 Compelled by fate, will he sacrifice everything to save her?

Dylan McBride has never liked hiding—from his fans, the press, or his father. He’s left with no other choice after his father threatens Heaven’s life. Protecting his wife and unborn child is the only thing that matters. He’d do anything to save them. Even tolerate a connection she shares with her Keeper, the man sworn to save her life. The man he used to call his friend.

Layne’s struggling with his pyrokinetic abilities, as well as accepting his role as Heaven’s Keeper. As if kissing her didn’t make things awkward enough, he learns that their connection is more complicated than he ever imagined. So complicated, it affects not only his mind, but also his soul.

Though he’s taken to his Keeper duties, Heaven senses a battle between Layne’s heart and soul. A battle that’s preventing him from accessing his abilities. There’s only one sure way to help him. Their friendship must deepen. But nothing’s ever easy, and she soon discovers there’s a thin line between love, hate, and What the Heart Takes. 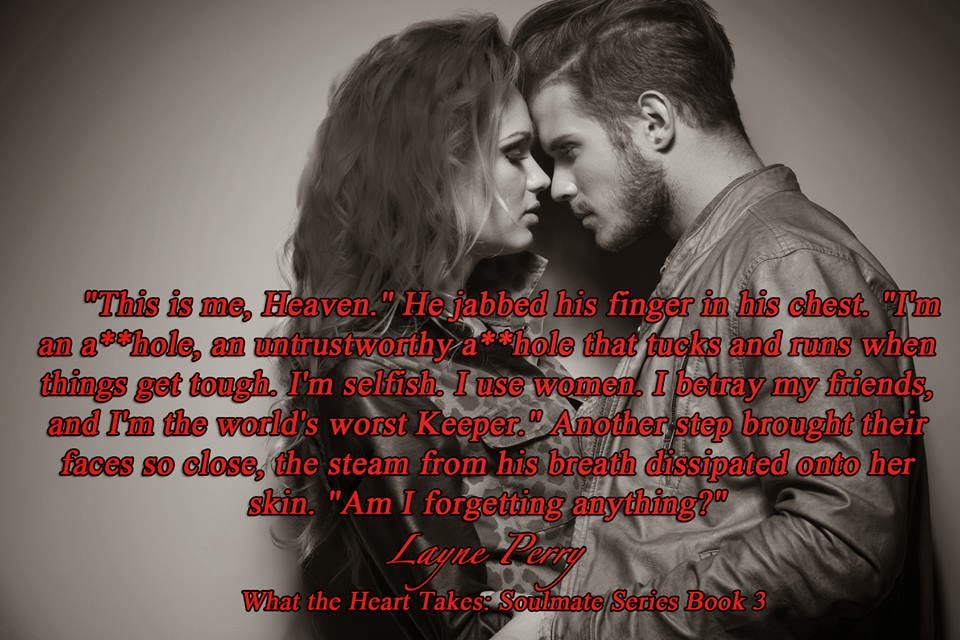 “I’m sorry,” he sighed, leaning his head against hers. “I don’t want to feel like this. I sure as hell don’t like you feeling this with me, but I—”

“Don’t,” she whispered, pressing her finger to his lips. “Don’t ever apologize for loving me or for any other emotion that stems from that. I would feel the same as you, if the roles were reversed.”

“No you wouldn't, because you’re pure of heart. You love unconditionally. I’m just a jealous jerk.”

“You’re not a jealous jerk. You’re just a man, trying to protect what he loves.” He tried to look away, but she pressed her hands to his face, holding it in place. “Nothing will ever change the way I feel about you. Even if Layne was head-over-heels for me, he isn't you. My connection with him is fueling his emotions. He’ll work through them.”

His eyes wavered with emotion, as did their bond. “I know you love me. I've never questioned that, except for Aruba, and that was because of my stubbornness. I've come close to losing you twice because of it. I don’t want it to happen again.”

“I’m not going anywhere.” She grabbed his hand, placing it against her stomach. “We’re bound, Dylan. In heart, in soul, in every breath we take. I will always be yours.”

His lips pressed together as he feigned a smile. “Deep down, I know you’re right. I shouldn't let it bother me, but I can’t help it. Before you came into my life, he was my closest friend. We've been through a lot.”

“And I complicated that.” Her eyes fell to the floor, but only for a moment. His fingers slid under her chin as he nudged it upward.

“No, you completed me. You gave me the one thing I've searched for my entire life…you.” 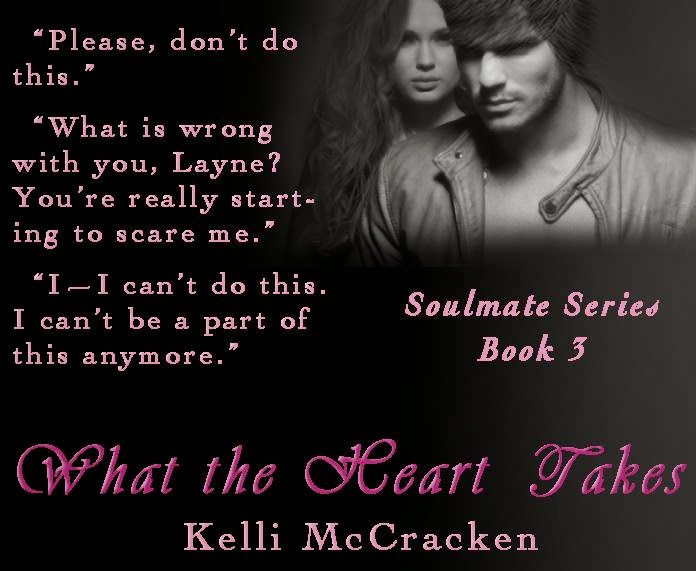 As a curator of characters, you'll normally find Kelli McCracken sitting at her desk, working hard on her next novel. When she's not arguing with those persistent people inside her head, you can find her hanging out on Facebook, chatting with readers about books and upcoming writing projects.

"It seems like all I ever do is write...and listen to Layne. He's always whispering something naughty in my ear, like being dipped in chocolate. Now I'm craving a Kit-Kat. Welcome to my zany life, where sanity is optional, romance is required, and liquor is most definitely quicker. Jack Daniels keeps me sane, my characters, not so much."


Kelli lives with her husband, four children, and her German Shepherd fur baby in the Ohio Valley region in the United States. If you'd like to learn more about Kelli, please visit her on the web at www.kellimccracken.com 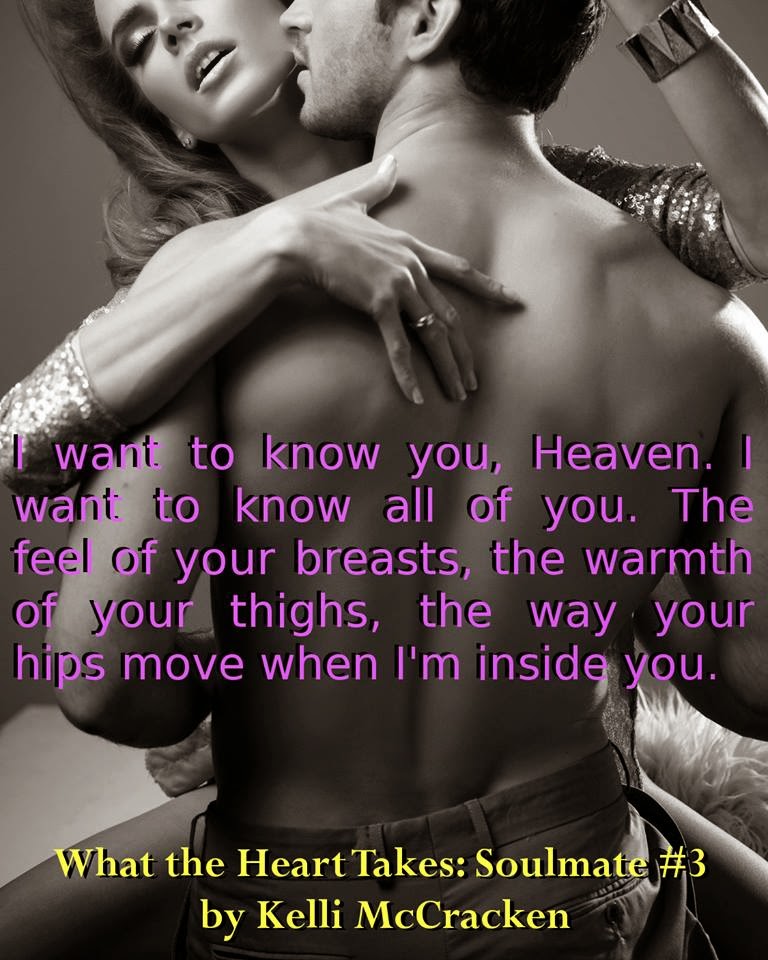