Living a life of bitter seclusion, Griffin Tago is a mentally and physically broken puma shifter without a family, through no fault of his own.

Daniela "Dani" Celinho grows up in a happy family of shifters, until a malicious act during her teenage years leaves Dani with a limp and no hope of competing as a swimmer. After her father's murder, her mother and sister fall apart. Dani decides to make a life for herself in a little town called Pepper Valley, Colorado.

Griffin's best friend talks him into having a beer at his sworn enemy's place…Great Scotts Bar & Grill. After a short run-in with "Great Scott" himself, Griffin's friend distracts him by pointing out a brunette beauty standing at the jukebox. One look at her takes Griffin's breath away.

Dani looks past the wheelchair and sees the strong handsome man with long dark hair and black tattoos.

Their physical desire leads to a quick mating. Can Dani not only heal Griffin's body, but his soul? 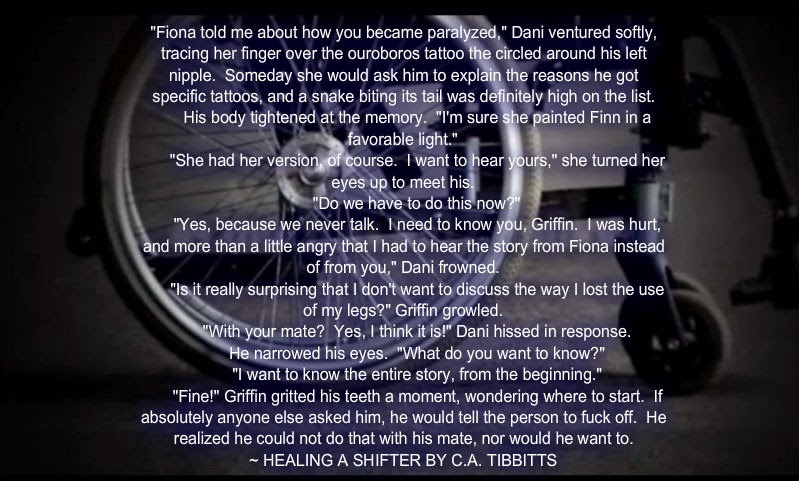 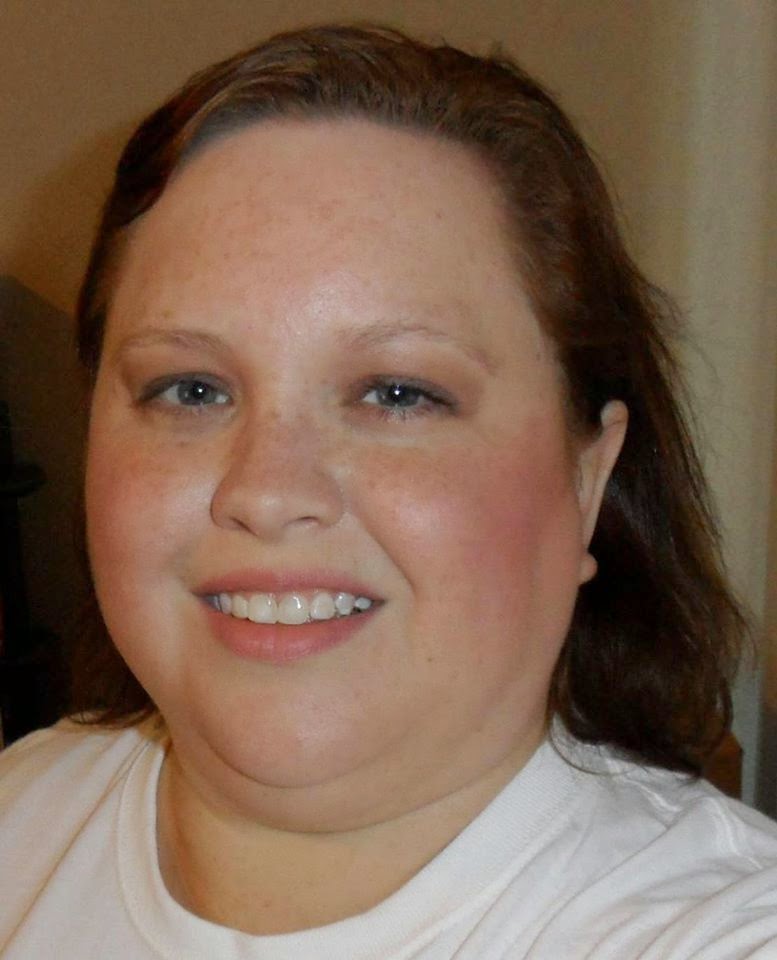 C.A. Tibbitts lives in Oklahoma with her husband and parakeet.

She has an associates degree as a Paralegal. Writing has always been her passion, and she hopes to continue writing for many years to come in the paranormal romance genre, as well as other romance genres.

She loves to hear from her readers, and deeply appreciates honest reviews.

11/5 - Once Upon a Crush Book Blog
Smut Fanatics