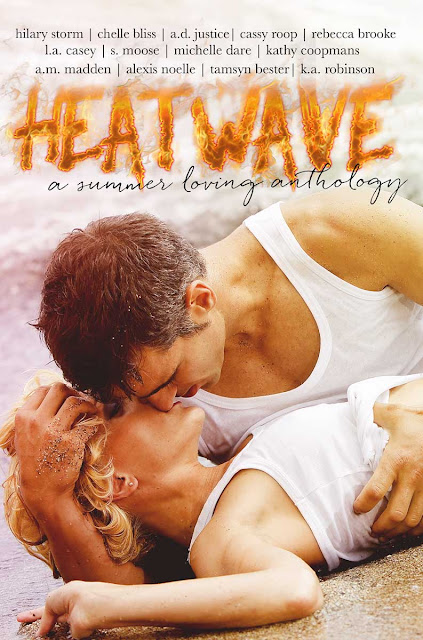 13 authors with 13 hot romance novellas sure to heat up your summer!

All proceeds will benefit Paws With A Cause®, a leader in the dog assistance industry. Paws With A Cause® enhances the independence and quality of life for people with disabilities nationally through custom-trained Assistance Dogs.

This collection of hot summer reads is available for a limited time. Grab your copy before they're gone! 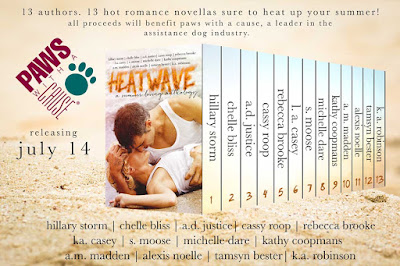 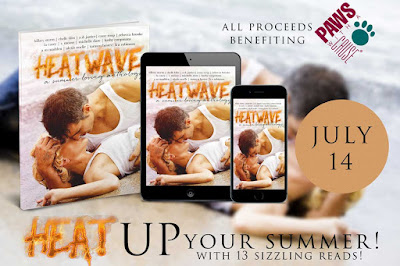 Banded Together by Hilary Storm

'Banded Together' is a continuation of the Rebel Walking Series that will give you insight on Talon and Eaven's wedding as well as the rest of the characters in the series. Taron and Ivy are not left out of this one and you'll quickly see the banter between them remains.

After losing the love of his life to another man, Flash is heartbroken and lost. Wanting to forget, he heads to New Orleans. He finds the unexpected. A chance encounter could alter his fate or will she become his rebound? 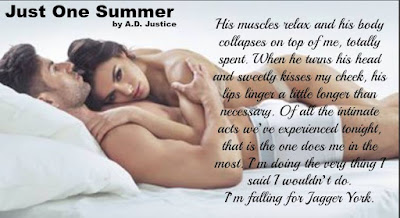 Just One Summer by A.D. Justice
Jagger York is the sexy, confident lead singer of a popular band who plans to take his music to the next level. Mali Greyson is a sheltered good girl who has her sights set on the gold–Olympic gold. Their paths would’ve never crossed until a mutual friend introduces them one summer night.

The deal is they both walk away at the end of the season. No strings, no regrets, and no looking back. This agreement is supposed to last for just one summer. But this one summer may just turn out to be too hot to handle.

The Other Side by Cassy Roop


Lillian Monroe and Jason Castle have been inseparable nearly their whole lives. Having formed the deepest of friendships at an early age, they created a bond that no one was able to break.

Both being offered amazing job opportunities after college, they had to come to terms with the distance those opportunities would create.

Deciding to take a vacation with a few of their closest friends was their way of saying goodbye to each other before their lives would be altered forever.

Two weeks of sun, sand, and bonding was all they planned on, but faced with the realization they wouldn’t be together in the same way again, both began to wonder if their relationship ran deeper than just friendship.

Will Lillian and Jason be able to let go of each other to chase their dreams? Or is what they have always dreamed of right in front of them? 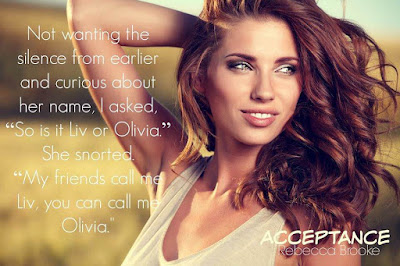 
Nick Thompson spent the last few years watching his friends fall in love and find their happily ever after, only to watch his slip through his fingers. Tired of always feeling like the third wheel, Nick takes a trip by himself to the Jersey Shore. What he doesn’t expect is to steal a wave from a sassy brunette that sets him on fire.

Olivia Harper has never been the girly girl. Surfing and soccer rate higher than heels and jewelry. After being dumped because she couldn’t fit the ‘arm candy’ roll, she wants to write all men off. Are they really worth the aggravation? Then the blond surfer boy steals her wave and she’s lost.

While Olivia fights her attraction to Nick, he makes her a deal. They’ll enjoy the week together, no strings attached. Will Nick be able to walk away at the end? Can Olivia let go of her anger long enough to accept Nick into her life? Nick Thompson spent the last few years watching his friends fall in love and find their happily ever after, only to watch his slip through his fingers. Tired of always feeling like the third wheel, Nick takes a trip by himself to the Jersey Shore. What he doesn’t expect is to steal a wave from a sassy brunette that sets him on fire.

Olivia Harper has never been the girly girl. Surfing and soccer rate higher than heels and jewelry. After being dumped because she couldn’t fit the ‘arm candy’ roll, she wants to write all men off. Are they really worth the aggravation? Then the blond surfer boy steals her wave and she’s lost.

While Olivia fights her attraction to Nick, he makes her a deal. They’ll enjoy the week together, no strings attached. Will Nick be able to walk away at the end? Can Olivia let go of her anger long enough to accept Nick into her life?


Shay Logan is an animal lover. She is a bubbly, but shy girl. Her life revolves around her work, which just so happens to be with the animals she loves so dearly. Her parents own a family run shelter for injured and neglected animals. She would do anything to protect the shelter and animals no matter the cost. Working at the shelter gives Shay a sense of peace, it makes her happy… until it doesn’t.

Trace McCarty is driven. He is a stern, no bullshit taker kind of man. His life also revolves around his work, and the deadlines he must meet thrill him to no end. He co-owns a construction business with his four best friends who are more like brothers to him. Their latest job was meant to be a quick summer spent leveling out land and building the new headquarters for their expanding business. It was easy… until it wasn’t.

When Trace’s new construction site causes problems for Shay’s beloved shelter, war is declared. Trace didn’t see the blonde pixie as a threat, but when she infiltrates his business and throws a monkey wrench into his carefully laid out plans, all bets are off.

Shay and Trace go head to head and engage in a battle of both words and flying timber. May the best person, and business, win. 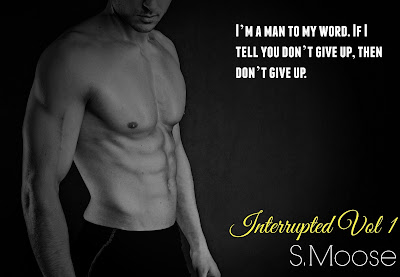 There are only three things Cam Ellison wants in life: a loving husband, a baby and to find her first love, Ayden Park. But all that is taken away from her in a blink of an eye.


Picking up the pieces to her life, Cam buries herself in work and her new boss, a young, millionaire CEO, A. Sharp.

But he’s the man with two rules:
1. No repeats
2. No relationships

Cam pushes herself into Sharp's life, breaking down the walls he’s built. Soon they find themselves in a situation neither wants to walk away from. But when the door opens, everything changes. 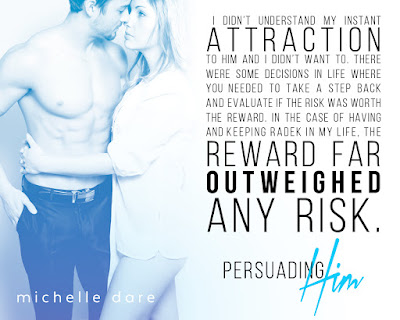 Persuading Him by Michelle Dare


Kasi Markson has been in the public eye since she was a small child. Her father is the founder of Markson Aviation, a top name in the private jet industry. When her parents go through a public divorce battle, she is shoved into the spotlight. Now in her late twenties, she lives a comfortable life, but likes to keep the media at a distance.

Radek Cole is a retired Air Force officer who agrees to a last minute job. He flies the rich and famous around the country in their private aircraft. Kasi needs a pilot for her upcoming trip and Mr. Cole comes highly recommended. Little does she know that one encounter would change everything.

Kasi has an immediate and intense attraction to her new pilot and is used to getting what she wants. Initially, he turns down her advances, but her skills of persuasion are no match for him. Unfortunately, the media won’t leave them alone. What Kasi doesn’t know is that she isn’t the only one who has a public past.

Find out what happens when the heiress meets the pilot.
Connect with Michelle Dare 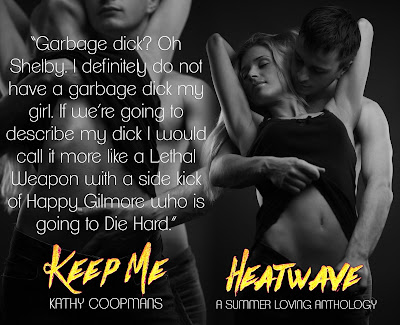 Keep Me by Kathy Coopmans

Four months ago Shelby Morris left Michigan with bitter words to Antonio Schavone. Words that cut him deep. Made him re-think every aspect of his life.

Even when she left he didn’t give up. He’s changed, and he wants her.

And now she’s coming back!

Will he be able to break through her strong willed ways? Make her realize he doesn’t care what her secret is and show her she is definitely the one he wants. Or will Shelby and her feisty mouth, wicked tongue and stubborn ways be just a little bit to much for Antonio to handle?

The two are going to heat things up in this final installment of The Shelter Me series.

Everyone knows that the Schavone men get exactly what they want!
Connect with Kathy Coopmans 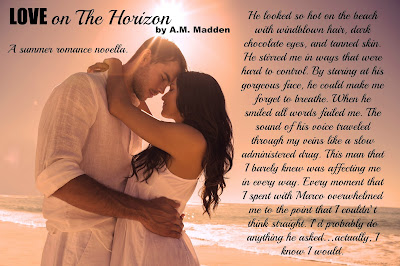 LOVE on The Horizon
~ A summer love novella by A.M. Madden

Rebecca Stanton was an unemployed college graduate looking for excitement. When she stumbled on a new job opportunity with a cruise line, she packed her bags and never looked back.

Marco Puglia worked very hard to climb the corporate ladder with Sunset Cruise Lines. Offered the Cruise Director position on their newest ship The Horizon, he couldn’t wait to revolutionize the cruising industry.

Rebecca loved her new job and impressed everyone around her, including her new boss Marco. Getting hired by Sunset Cruise Lines finally gave her a goal to work toward. The only problem she needed to hurdle was Marco Puglia. Marco felt adding Rebecca to his staff was both the best and worst decision he'd ever made. In all of his years, he’d never met anyone with the tenacity, drive, and motivation that Rebecca had. He'd also never met anyone who affected him as much as Rebecca did.

Love on The Horizon is a contemporary romance novella meant for readers who are 18+ due to mature content.
Connect with A.M. Madden

Fractured by Alexis Noelle
Nothing in life is ever fair.
There are wars we battle and face every day.
Some too close to home.
I had it all.
The perfect husband.
The perfect house.
The perfect...Everything.
Then one moment changed everything forever
Connect with Alexis Noelle

Jade Matthews and Reid Cole have been best friends all their lives. He was the boy who chased away the monsters from under her bed, and she was the girl he knew he was going to spend the rest of his life with.

But even friendships aren’t always built to last.

This is a story about two best friends who’s lives change after one night – a night that not even Fate could have stopped. In the aftermath, Reid and Jade lose their friendship, but soon come to find that they were destined to be so much more.

**Due to language and sexual situations this book is intended for readers older than 18. Although it is about two supporting characters from The Line Between, it is not recommended as a standalone. If you don’t like somewhat clichéd stories, this book isn’t for you. HEA. No cliffy**
Connect with Tamsyn Bester

Rebecca is the good girl. She doesn’t have time to think about a normal social life—let alone, her nonexistent love life. Fresh out of college, she moves into her very first apartment. Her safe world explodes when she meets her new neighbor, Alec. Tattooed, pierced, and with a body to kill, he’s every woman’s wet dream. Too bad he’s arrogant beyond belief. Rebecca instantly hates him. Unfortunately, her body doesn’t agree. When Rebecca’s best friend, Arie, comes up with a plan to put Alec in his place, Rebecca jumps at the chance. Their plan is perfect—except neither of them counted on Rebecca falling for Alec when she sees another side to him. Caught somewhere between lust and hate, Alec and Rebecca each fight against their own emotions. Will Rebecca walk away? Or will she be able to tame Alec and his wild ways?
Connect with K.A. Robinson

a Rafflecopter giveaway
Posted by Olivia at Tuesday, July 14, 2015