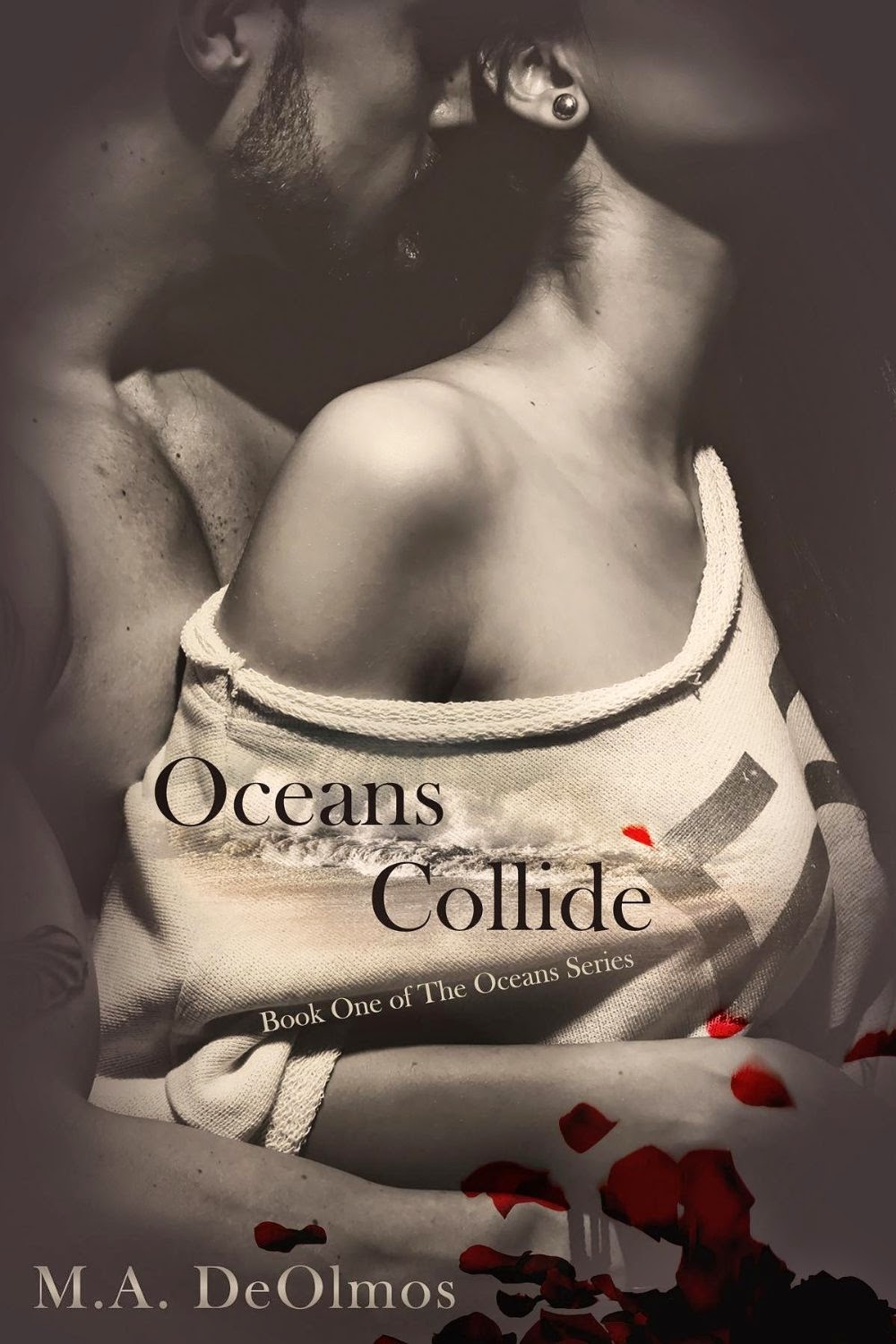 You will fall in love with this amazing trio. This book contains not one but TWO heart-warming, swoon worthy, and panty-melting book boyfriends. Go ahead. Lawrence & Ocean Hawthorne are anxiously waiting for you to sink your teeth into them…careful though…they just might bite back! ;)


For years, Livie Acosta has lived in a sheltered bubble, avoiding people, along with any aspect of life that requires one to show emotion. Not to mention her decision to stay close to her mother has her leaving the comfort of her own home nearly on a nightly basis to save her mother time and time again. It takes the sudden death of her mother to force Livie out into the world in search for a new purpose. Upon this forced quest she immediately meets one of two souls that are going to rock her world into a new dimension.

Lawrence Hawthorne knows pain, grief, and emotions period, all too well. Despite his carefree nature and easy going personality he also harbors some tough demons that immediately draw him to Livie. It doesn't take long to recognize the deeply seeded pain that resides in her own soul and that leads Lawrence to call on his right hand man for help in protecting her.


As soon as Ocean Hawthorne steps onto the scene, Livie's world... the void world she's known since forever changes in a way that threatens to expose her secret. The Hawthorne cousins, vow to protect her from her self-destructive qualities amidst the angst, pain, and trials they all individually go through. Desperately they hold onto each other for support and as love and passion blossom it threatens to destroy the weak foundation of solitude that Livie has strived so hard to achieve. Will the intrusion of two beautiful and tortured souls finally be enough to induce the strength Livie needs to fight her demons, or will their love and devotion finally push her far enough to make the deepest cut she'd ever been forced to make? 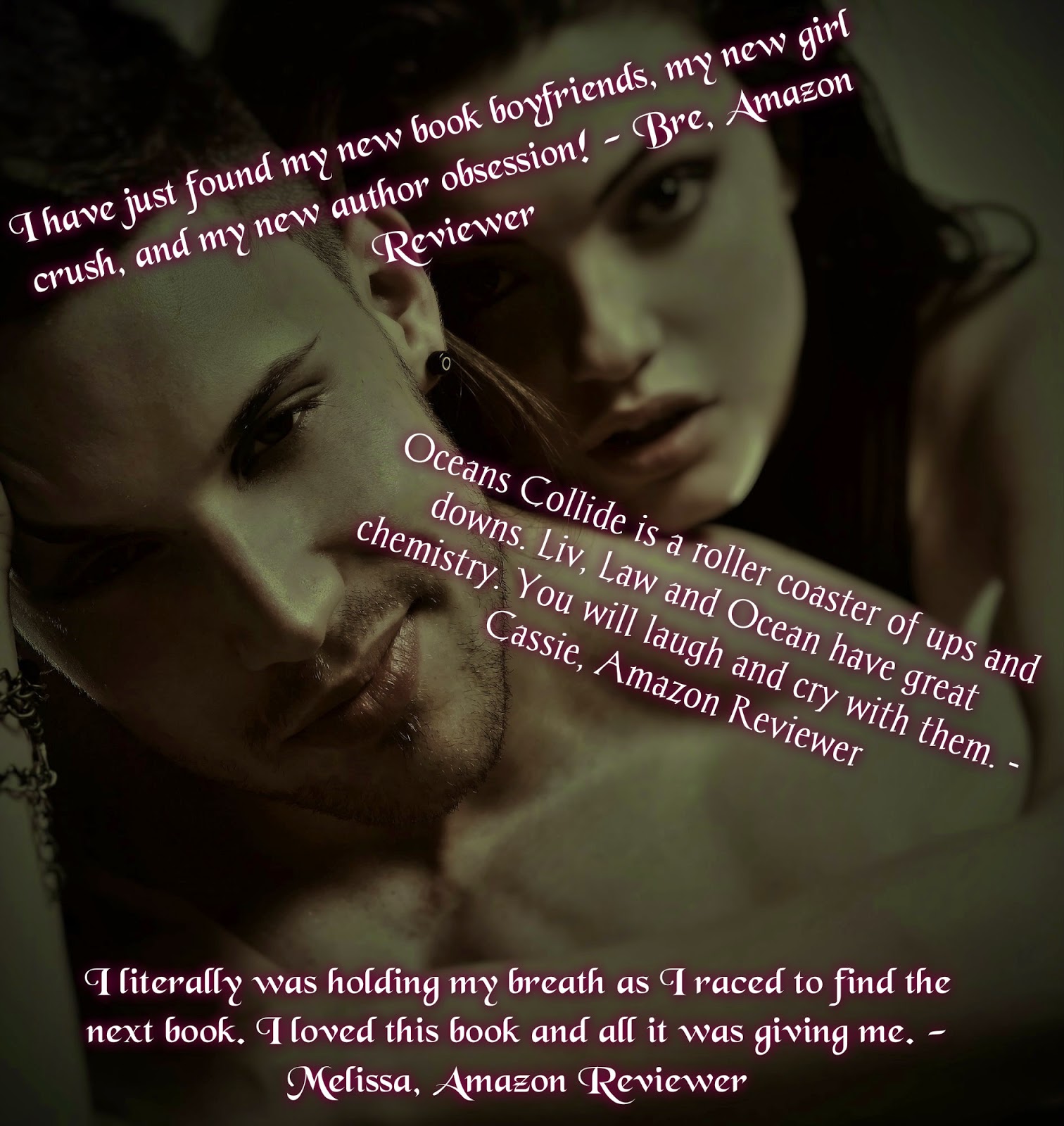 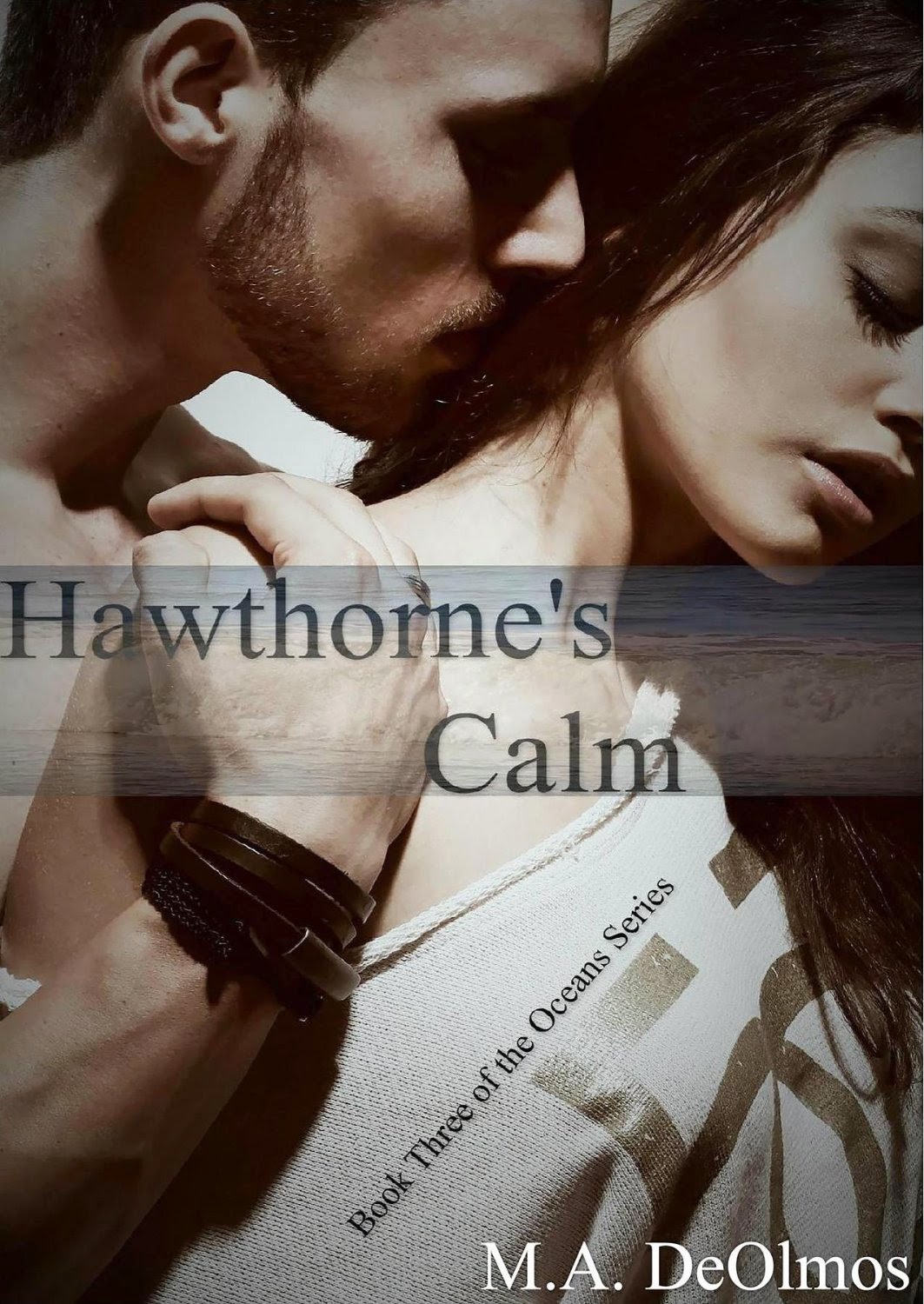 “LIVIE!”
There he goes with the fucking name!
“Don’t call me that!” I screamed as I stormed out of his bedroom toward the living room.
As I turned the sharp corner to give him a rather large piece of my mind for calling me by my birth name, I tripped over my own feet and collided with a body.
Only this body wasn’t Law’s. I felt the distinction instantly. This massive rock hard frame sent chills through my entire body and had my womb vibrating in a way I had never experienced before. I’ve pleasured myself, but this was a thousand times more intense.
“Hey, slow down Zena.” The voice spoke to me and I swear I was about to have a massive orgasm right there.
The strangers’ strong and beautifully built arms came up as he steadied me with his hands on my shoulders. The current that was racing through my body jacked up a million fucking notches. Since my off the shoulder top was hanging dangerously low, the skin-to-skin contact was making me dizzy. I squeezed my knees together to fight for some form of control over my already moistened lady parts.
I looked up at the stranger who was also the same height as Law at about six foot two, maybe three. His tan was perfect defining his sharp jaw and facial features. His eyes were a warm milk chocolate brown that looked like they were rippling with deep sprinkles of green.
His lips, oh my god, his lips. He had those Tom Hardy lips that a girl just wanted to kiss, bite, suck, nip, and just do dirty things to.
The right side of his mouth turned up into a smirk and the leaky faucet between my thighs finally sprung a massive panty-drenching leak.
This gorgeous man standing in front of me looked like the best of Stephen Amell, Jon Ryan, Alex Pettyfer, and Tom Hardy all rolled up into one fucking dangerous beast.
His shoulders were wide and broad, certainly great for boxing. His torso reminded me of Law’s…long, lean, and well defined.
He had on a black, fitted tee that was stretching to the max over his sculpted muscles and his dark denim Abercrombie jeans were dangerously low showing off the tips of his boxer briefs.
“You okay, Zena?” The deep voice asked again.
Even his voice was too sexy to be legal. It sounded bad enough to be bottled up and sold as an illegal substance, deep and rumbled as he rolled the words off those juicy lips.
Shaking my head to clear away the spell that I had allowed myself to be pulled under, I looked up into his eyes.
“The names Livie not, Zena, and you are?” I didn’t mean to sound so bitchy, but no one in the history of my life had been able to bring out that strong of a reaction from me and my lady parts before. Virgin lady parts, at that!
“I know. I heard you yelling at Law for calling you Livie, so is there something I’m missing?” he asked me as he leaned forward, causing me to take an awkward step back.
What the hell?! I never backed down from anyone!
This sexy son of a bitch was pissing me off.
“I don’t care what you heard. To you, it’s Livie and to Law, it’s Sunshine! You don’t need to know why and I don’t care to share why. Don’t call me Zena again!”
“I see you two have met,” I heard Law say from the hallway.
The frown on his face and the way he was staring down this stranger put me at ease a little. He caught my gaze and winked at me. “Sunshine, this here arrogant douche bag is my cousin, Ocean Nathanial Hawthorne.” 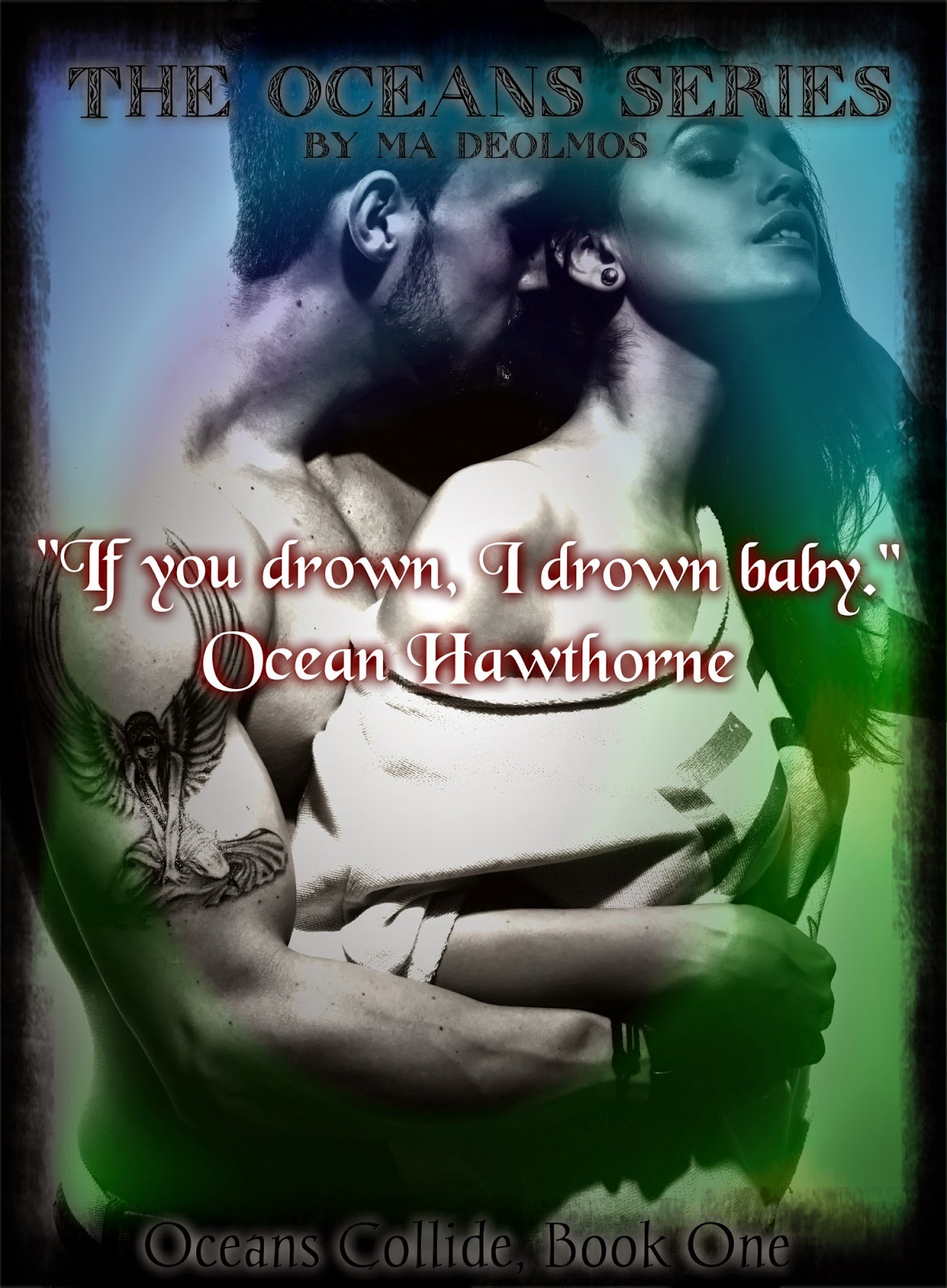 
My name is Melissa De Olmos, it's quite a mouth-full but that's me. I live in the sunny, tropical and extremely too tranquil city of Palm Bay, Florida with my two lovely crazies’ ages six and three. I could say that writing novels has been a passion that I've always pursued but I can't. Writing for me has always been my own secret escape into a land of wonders, opportunities, timeless loves and so much trouble that I sometimes wonder if I need medication for the stories that pop into my head. I am in love--no-- I am obsessed with everything mystical, fantasy, true to a reader’s heart, and fiction. It has been an enormous pleasure and indescribable experience sharing my Oceans Series with the world and I cannot wait to fill this world with more crazy for you awesome people to devour.