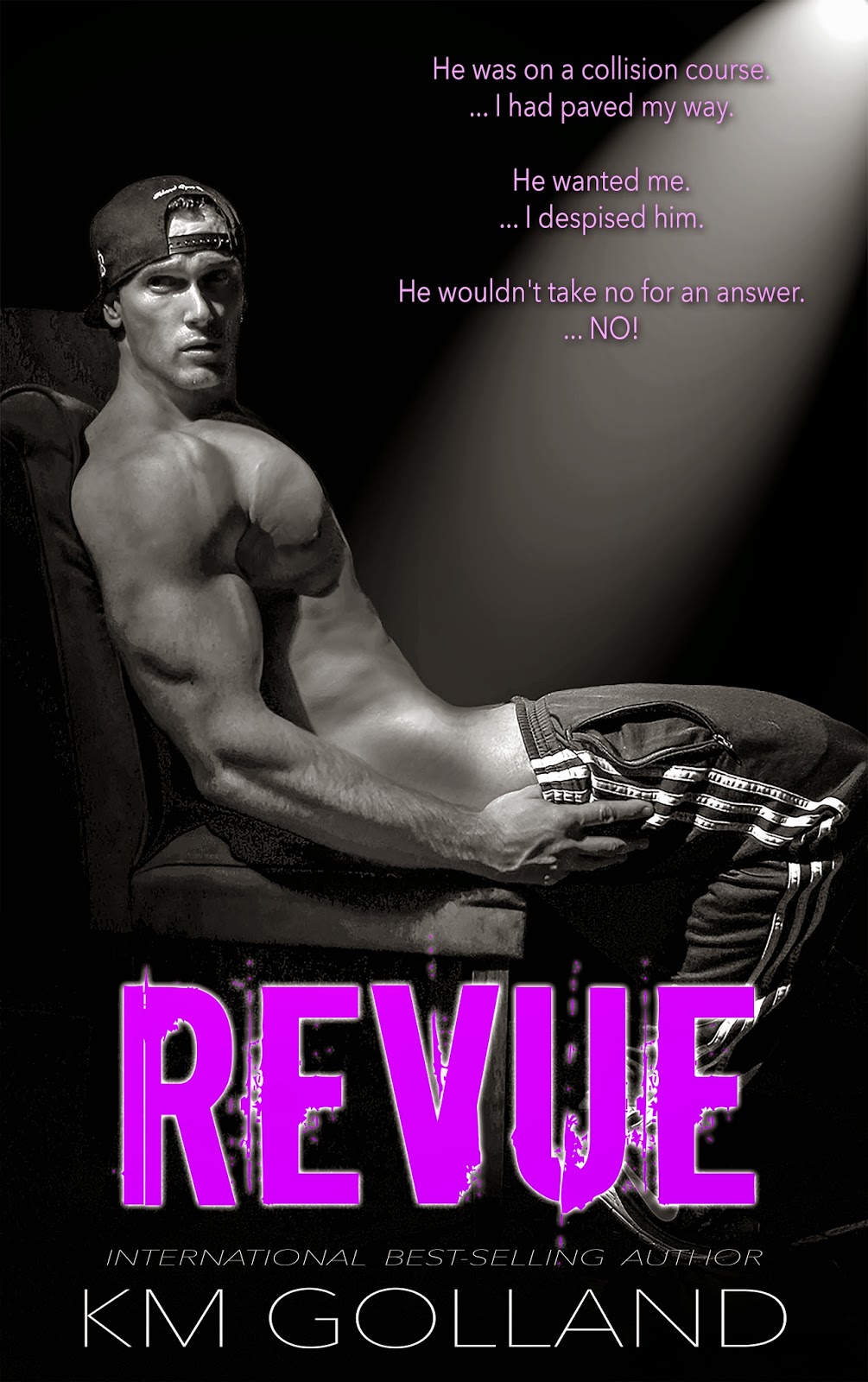 SYNOPSIS
He was on a collision course.
… I had paved my way
He answered to no one.
… I respected authority
He wanted me.
… I despised him
He didn’t take no for an answer.
... NO!

When freelance photographer, Corinne Lee, is required to visually document the nationwide tour of Wild Nights Male Revue, she finds herself in a world of near-naked, testosterone-fuelled men on stage—not her photographic muse of choice. She also finds herself in the arms of Josh, the revue’s star performer.

Josh Adams thrives on the limelight, the stage and, most of all, the attention of women who endlessly throw themselves at him. He dances sex, speaks sex, breathes sex … is sex! Josh lives for sex, but never with the same woman.

When both opinionated and headstrong characters are closely thrust together in a lust-ridden and sexually-charged environment, which of the two will break first?
Will Josh realise that Corinne could be the exception to his ‘no strings’ rule? Or will Corinne let go of the fantasy of finding Mr One and Only?

EXCERPT
I glanced down, spying his sweat shorts and also noticing that he wasn’t wearing a t-shirt. Fuck the stars, he has a fine body. My cheeks flushed. Yes, I felt them heat and no doubt turn pink with embarrassment.
“You want to wrap your lips around my cock, don’t you?” he asked with a low tone, snapping my eyes to meet his. “Go ahead, I’d like to know what the back of your throat feels like.”
Staring at him for what seemed like an eternity, I went from completely blown away by how bold and disgustingly crude he was, to being offended and ready to kick him in the balls again, to knowing exactly what he was doing. His conceited expression—the high arched eyebrow and devilish smirk—was an obvious giveaway that he was trying to unsettle me … press my buttons. “You’re disgusting, and you have absolutely no tact. And I know what you’re doing, Josh. It’s not going to work. I’m not taking you salty, slimy bait.”
He laughed. “My salty, slimy bait, huh?”
“Yeah!” I gave him a sarcastic grin. “So don’t even bother.”
Josh pointed to his chest. “So what you’re saying is that you don’t want to fuck me and run your hands over this?”
I glimpsed at the perfection that was his chiselled pectoral muscles and the ink that decorated his left shoulder and bicep. “Nn… no, I don’t,” I answered, my stutter sounding unconvincing, even to myself.
“I think you do.”
“Look, I’ll admit that you’re very nice to look at. Of course you are. You have to be. You’re a male revue performer. But that doesn’t mean I want to jump into bed with you.”
“Who said anything about a bed, Sweetheart. I can fuck you free-standing.”
The thought of that set off my clitoral alarm clock and awoke my pussy.
“You can also fuck yourself free-standing,” I retorted, shifting in my seat and ignoring the buzzing between my legs. “Unlike you, I prefer one sexual partner, to give myself to someone who appreciates me and only me. You? You give yourself more than Santa gives presents.”
Josh bit the end of his ice cream cone. “Santa isn’t real.”
“You’re really annoying,” I blurted out, frustrated over everything about him, especially the biting of the end of his ice cream cone. That shit pisses me off.
“You’re a virgin, aren’t you? That’s why you don’t want to fuck me like all the others do.”
“That’s it!” I said, standing up and brushing the sand off my shorts. “I’m out of here.”
“It’s nothing to be ashamed of, Sweetheart. At one point you have to eventually say goodbye to your virtue. Might as well be now … with me.”
Standing above him, I ran my hands through my hair with frustration. “I’m not a virgin, Josh. I’ve fucked before … many times. And stop calling me sweetheart.” Bending over, I picked up my camera and camera bag. “And why am I even explaining myself to you?”
“You’re hot when you’re bitchy.”
“Fuck you,” I spat out, angry with myself for taking his salty, slimy bait.
“See? I knew you wanted to.”
Growling, I turned and walked away.
“Next time you growl, Sweetheart, you’ll be doing it with my cock between your legs,” he called out.
Raising my hand, I flipped him the bird without even looking back.
An amused chuckle, followed by “See you on Wednesday” was his only response. 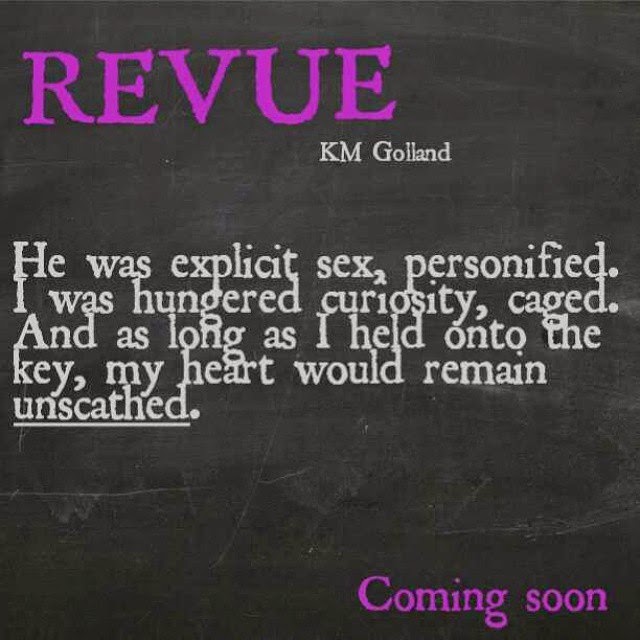 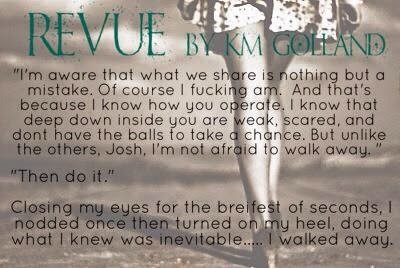 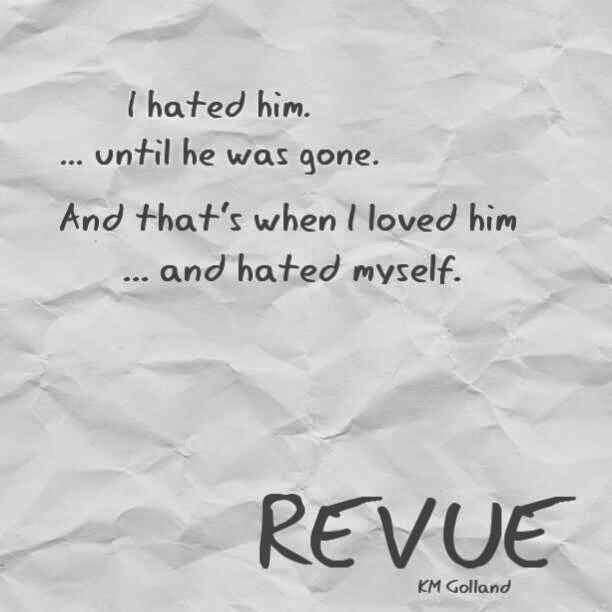 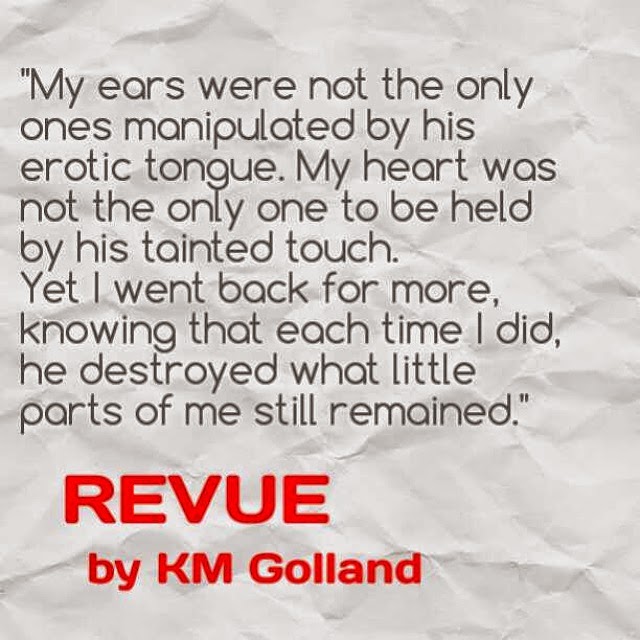 ABOUT KM GOLLAND
“I'm an author. I am married. I am a mother of two adorable little people. I'm a bookworm, craftworm, movieworm, and sportsworm. I'm also a self confessed shop-aholic, tea-aholic, car-aholic, and choc-aholic.” Born and raised in Melbourne, Australia, K.M. Golland studied law and worked as a conveyancer before putting her career on hold to raise her children. She then traded her legal work for her love of writing and found her dream career.