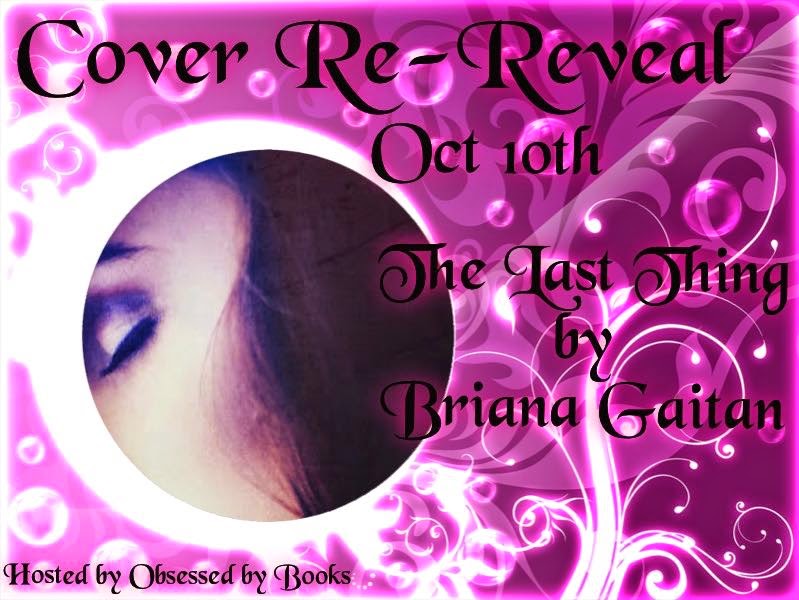 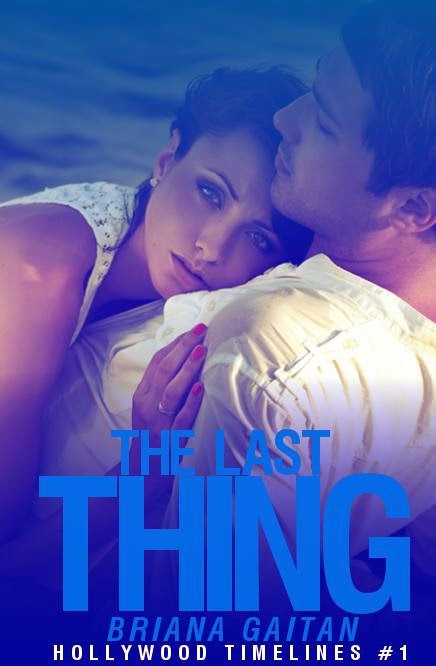 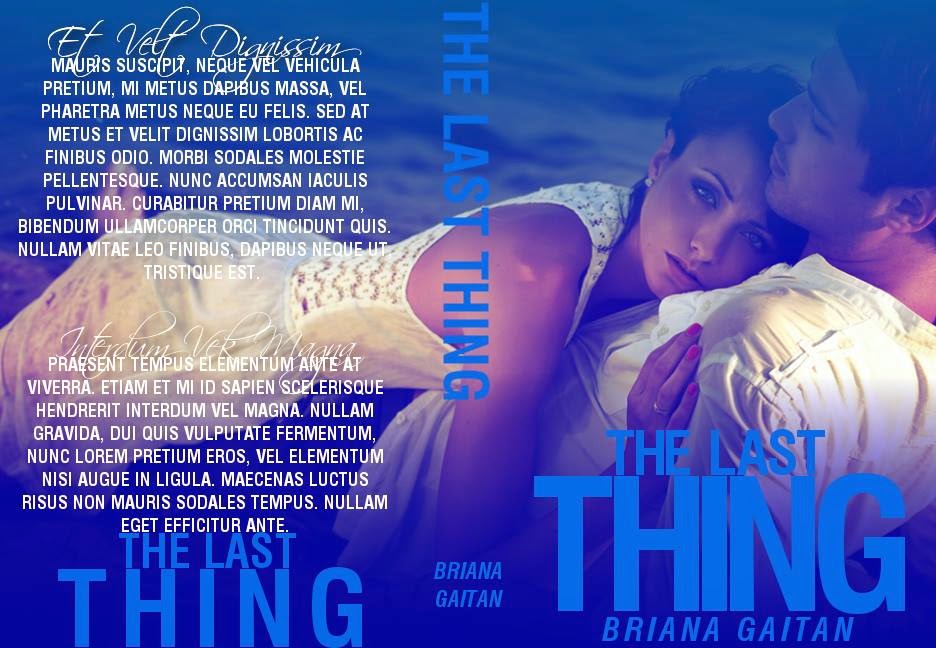 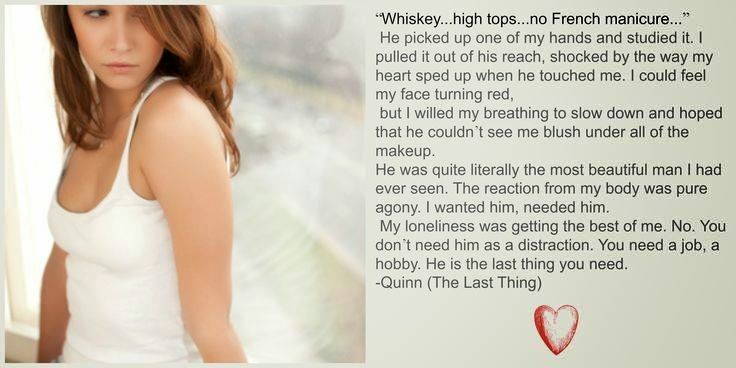 “Nice shoes,” a deep voice said from beside me. I almost spit my drink out in surprise. Only two inches away from my face stood a man with chocolate colored eyes and short brown hair that stuck up all over his head as if he had just rolled out of bed. I detected some sort of Hispanic descent in his good looks. He wore a pair of khakis and a tight long-sleeved black t-shirt. He actually seemed normal compared to all the Barbie and Ken dolls around me, and it made me feel at ease. I took a step back so that our faces weren’t so close. “Yeah, I reckon heels aren’t really my thing,” I replied and took another sip from my cup. He chuckled and folded his hands across his chest, one hand stroking his chin as if he were studying me.
“Whiskey...high tops...no French manicure...”
He picked up one of my hands and studied it. Shocked by the way my heart sped when he touched me, I pulled it out of his grasp. I could feel my face turning red, but I willed my breathing to slow down and hoped that he couldn’t see me blush under all of the makeup. He was quite literally the most striking man I’d ever laid eyes on. The reaction from my body was pure agony. I wanted him, needed him. My loneliness was getting the best of me. No. You don’t need him as a distraction. You need a job, a hobby. He is the last thing you need. You’re having a whiskey reaction.
“Sorry, I didn’t mean to upset you,” he said. I forced myself to look away from his smirk, and finished off the drink in my hand. I turned around and asked the bartender to fill me up again. The drink had already started to affect me, make me loosen up, but I needed a little more to help me with the anxiety.
Say something. Don’t just stand there!
“Don’t worry about it,” I mumbled and picked up my filled glass. I was surprised that he was still standing there; I allowed myself to sneak another peek from the corner of my eye. From the way he carried himself he was a bit older than me, maybe in his mid-twenties. The way he laughed and his body language told me that he was charismatic, a charmer. This guy was persistent!
“I’m Chase,” he said, holding out his hand. I reluctantly took it, afraid that he could see how unnerved I was.
“Quinn, nice to meet you.” He didn’t seem to notice my hand trembling as he lifted it up to his lips to place a light kiss on it. He gave me a slight wink that made me go weak in the knees. I was glad that I had high tops on my feet to steady me. Toughen up, Quinn. You can talk to a guy. But only talk. I took another big gulp of my liquid courage.
“So Quinn, how do you know Gillian?” He reached out to pick a piece of lint off my shoulder. I narrowed my eyes in on him. Why was he touching me?
“Oh, I don’t know her. I’m here with a friend.” I forced myself to look into his eyes, to show him that I wasn’t intimidated.
“Who?” he asked
“Ginger Teague,” I told him. He continued with his inquisition, to which I gave short answers.
“You a party crasher?”
I raised an eyebrow and answered, “No, I was invited.”
“An actress?”
“No.”
“Model?”
I scoffed at his question; as if I had the looks to be a model. “Uh, no...” I shook my head in disbelief.
“Who are you then? I don’t think I’ve seen you around before. I wouldn’t forget your face.”
I didn’t know what to say. It had been so long since I’d had any male attention. He probably wouldn’t give me the time of day if he found out who I was or how much baggage I carried.
“Interesting, huh?”
“What?” I asked
“This party. I bet you have never been so star struck.”
Was this guy for real?
“I don’t know who any of these people are.”
“Well then, it’s high time you found out.” He leaned in close and motioned toward the three blonde girls Ginger had introduced me to earlier.
“Those three bimbos are twiddle dee, dumb, and twit.”
I spit my drink back out into my cup, almost choking from laughter.
“Did you call her a twit?”
“Damn straight. Though I’m not sure if it is from her lack of common sense or her twitter addiction.”
This was kind of fun. My eyes scanned the room for our next victim
“What about him?” I pointed toward an older balding man with a twenty-something on his arm.
“Ah, yes. That is Jordan one of our writers. The girl on his arm just screwed her way up to a leading character.”
“Isn’t that a bit… unethical?”
“Everyone in Hollywood is unethical, my dear.”
That was my cue to leave. I didn’t need guys like him.
“As much as I want to continue on with this flirty banter, I really must get going.” I boldly stuck my drink in his empty hand and spun around on my heels. 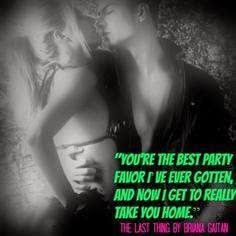 OTHER BOOKS IN THE SERIES 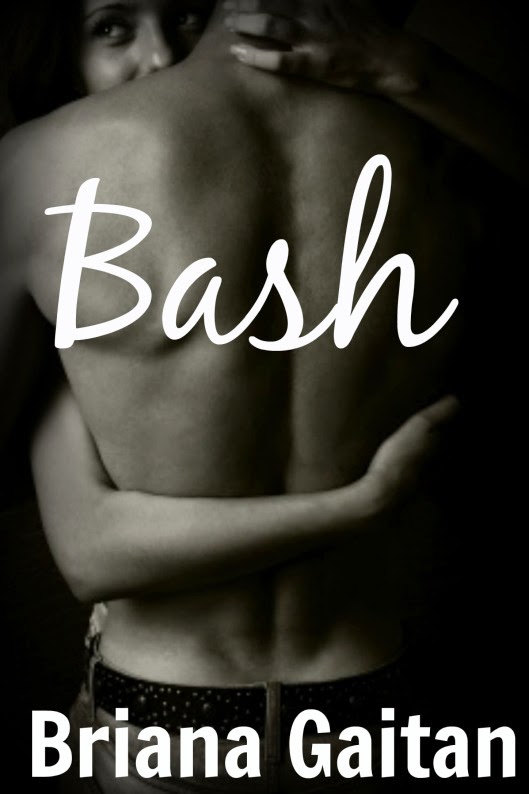 BASH
My name is Bash
You may look at me and think my life is perfect.


It is anything but.


I’m not like normal people.
Happiness doesn’t come easy for me.
I wake up hoping that each day is my last.


*Warning: This is a short story to the novel The Last Thing. Though Bash can be read as a stand alone, you will enjoy it better AFTER you read The Last Thing.*
Amazon http://amzn.to/1t3dwEn
Add to Goodreads https://www.goodreads.com/book/show/22925785-bash?ac=1 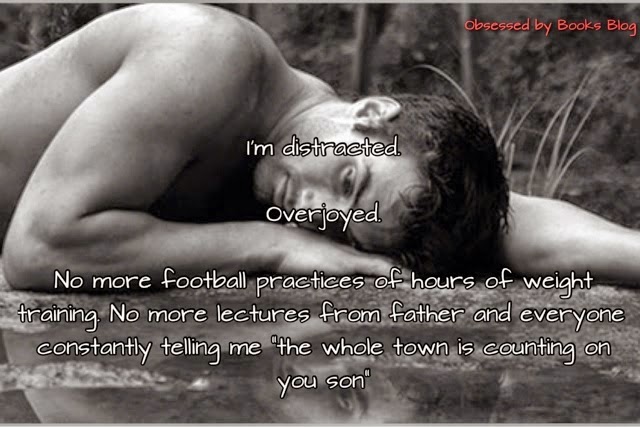 When everything around me was falling apart. He was the one thing that held me together. 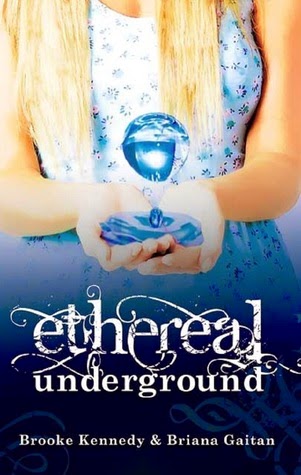 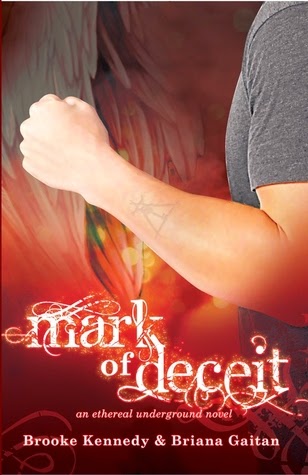 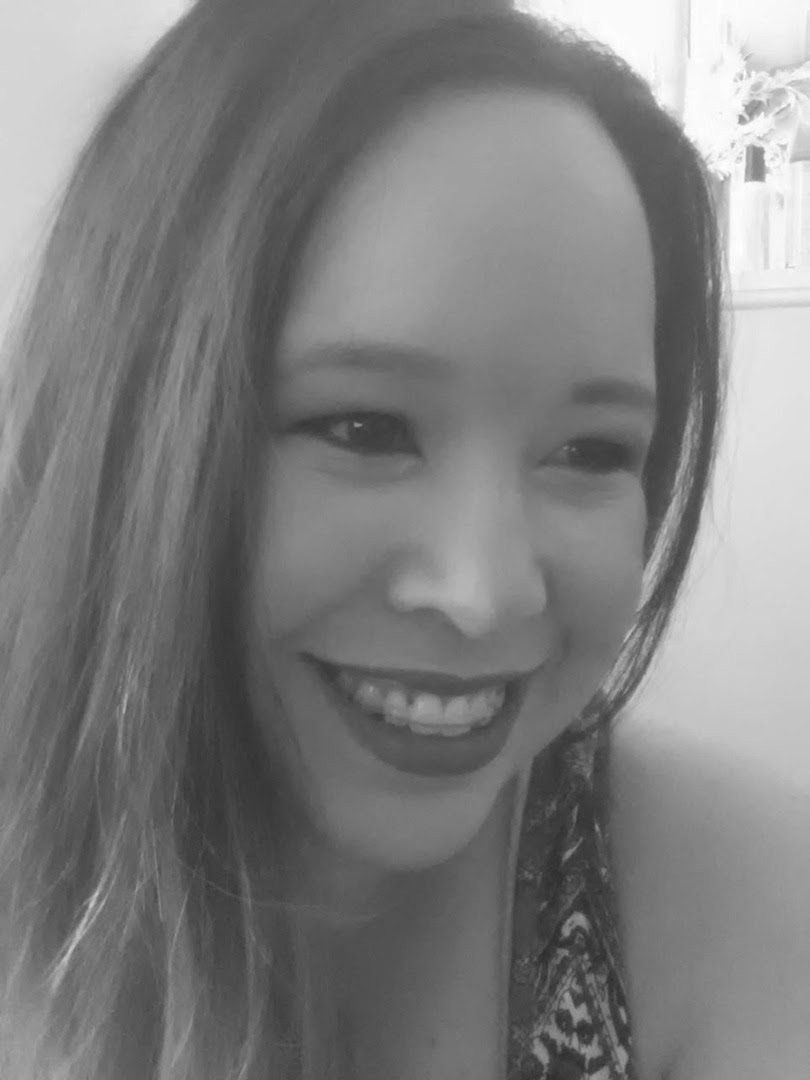 Briana Gaitan grew up in the South, but calls herself a geek at heart. She is a blogger, author, and fan girl who loves Star Wars, Star Trek, and Jewellery (bet you never thought you'd hear those three things in a sentence together) For fun, she loves watching any show on the SyFy channel, relaxing with her family, reading, and listening to indie music (sometimes all at the same time). Briana loves to write stories where there are no limits to the imagination. She is the co-author of the fantasy Ethereal Underground series and author of the Hollywood Timelines Series.