Release Day Blitz: The Trouble with Trouble by Erin Kern 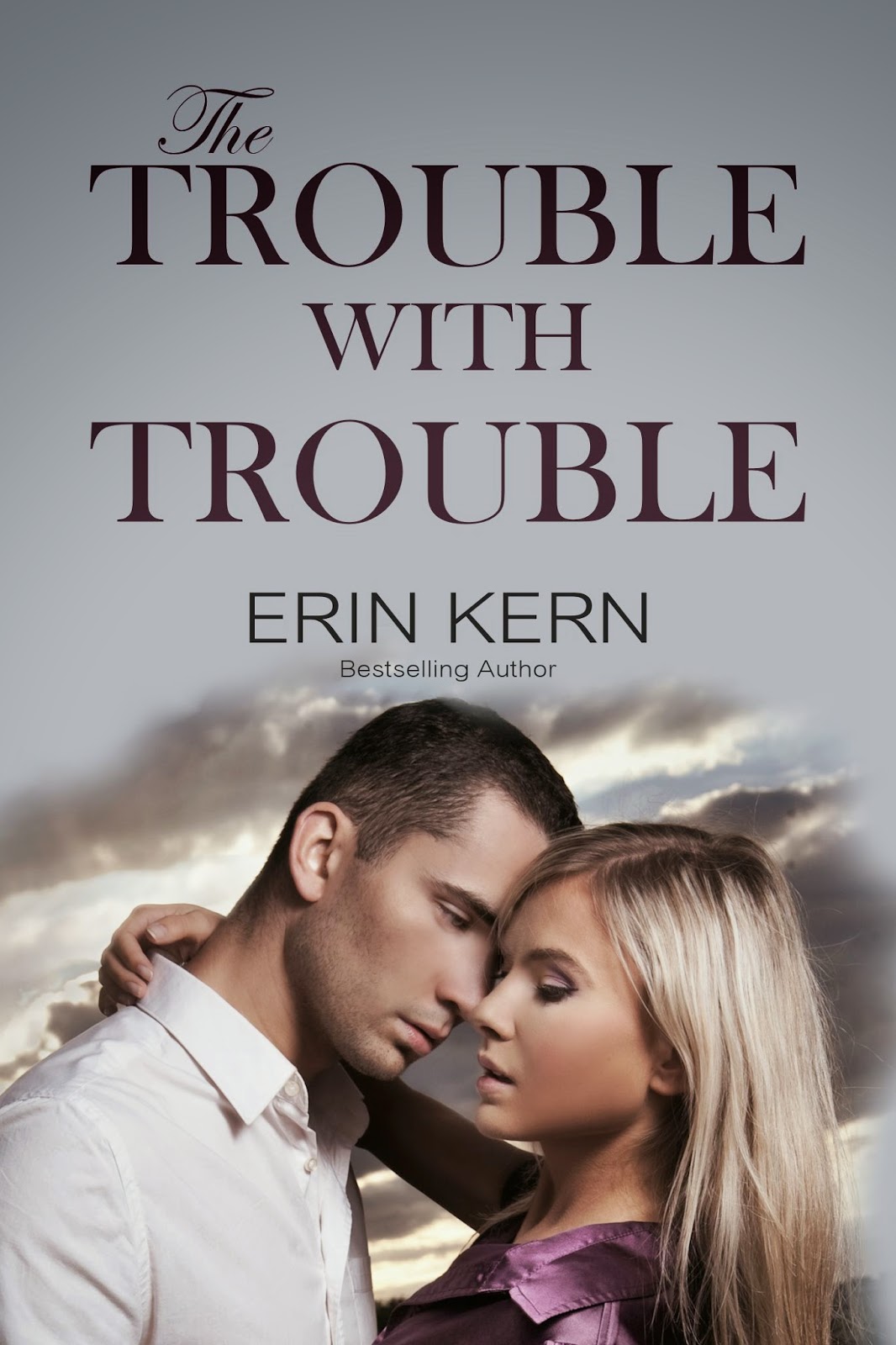 
When life gives you lemons, you make lemonade. Right? Well, Courtney Devlin has had her fair share of lemons in life and, quite, frankly, she’s sick of lemonade. After a life-altering car accident and ending her engagement, Courtney spends the next four years putting the pieces of her broken heart back together. She’s tough and determined not to let her vulnerabilities get the best of her and has made a career for herself as an interior designer. And things finally start clicking into place when her boss puts her in charge of her own design job: A complete overhaul and redesign of her brother’s restaurant, McDermott’s Steakhouse.

The only problem? Her brother, Chase, isn’t the one she’ll be working with. It’s her ex-fiancée. Grant Blackwood.

After Courtney called him a “no good cheating rat-bastard”, Grant left Trouble, Wyoming. The biggest mistake of Grant’s life was allowing Courtney Devlin to slip through his fingers. He knows he screwed up big-time and he’s spent the last four years regretting the way their relationship ended. Then, after his father falls ill, Grant returns to Trouble and takes a job as the general manager of Chase McDermott’s restaurant.

Grant knows better than anyone that getting involved with Courtney Devlin is like playing with fire. She’s feisty, determined and honest to a fault. But he’s never stopped loving her, and plans on using her new job with him as a way of showing her he’s a changed man. However, he’s unprepared for how much hotter the spark is between them.


Seems as though time away couldn’t diminish what Courtney and Grant once had with each other. 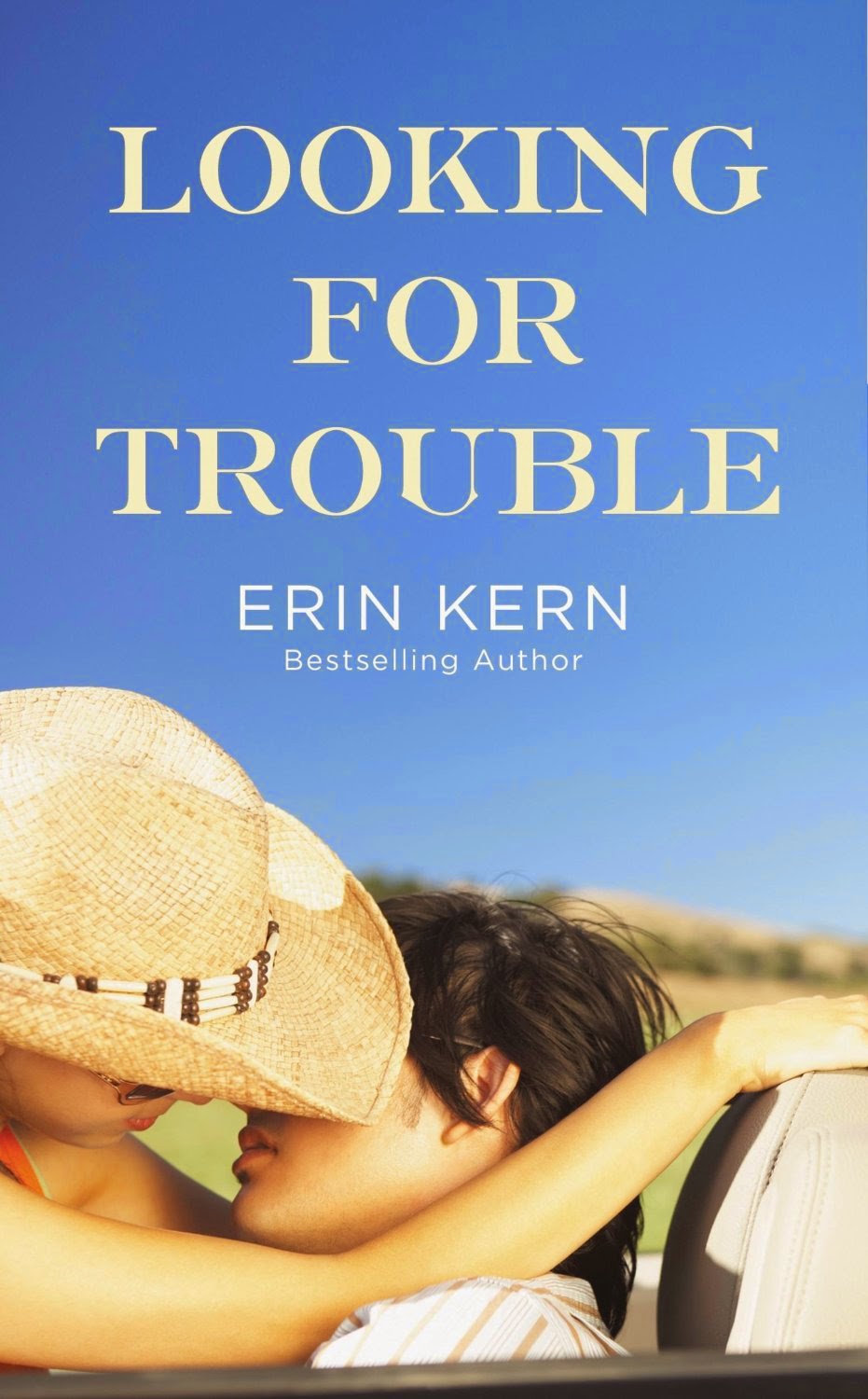 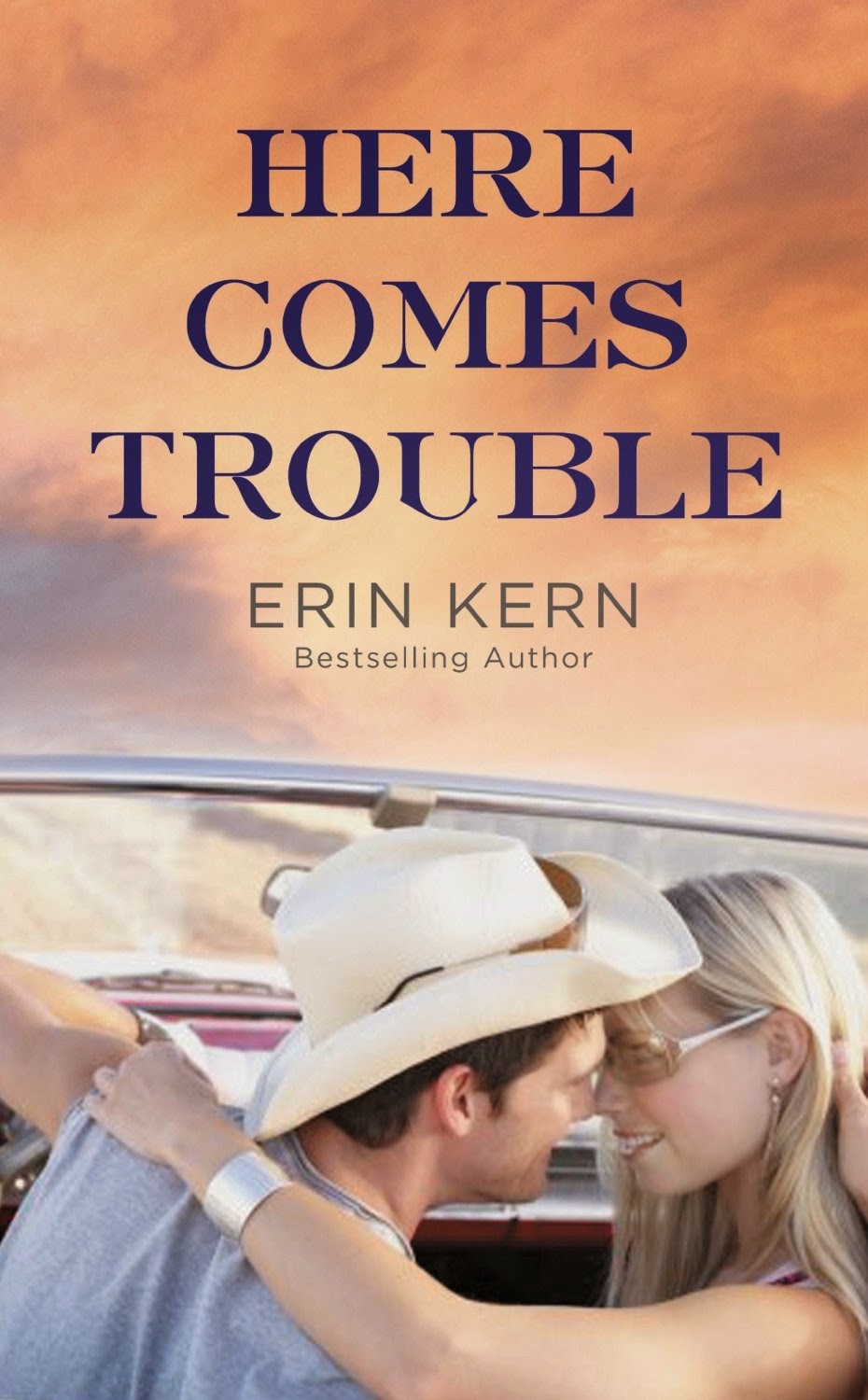 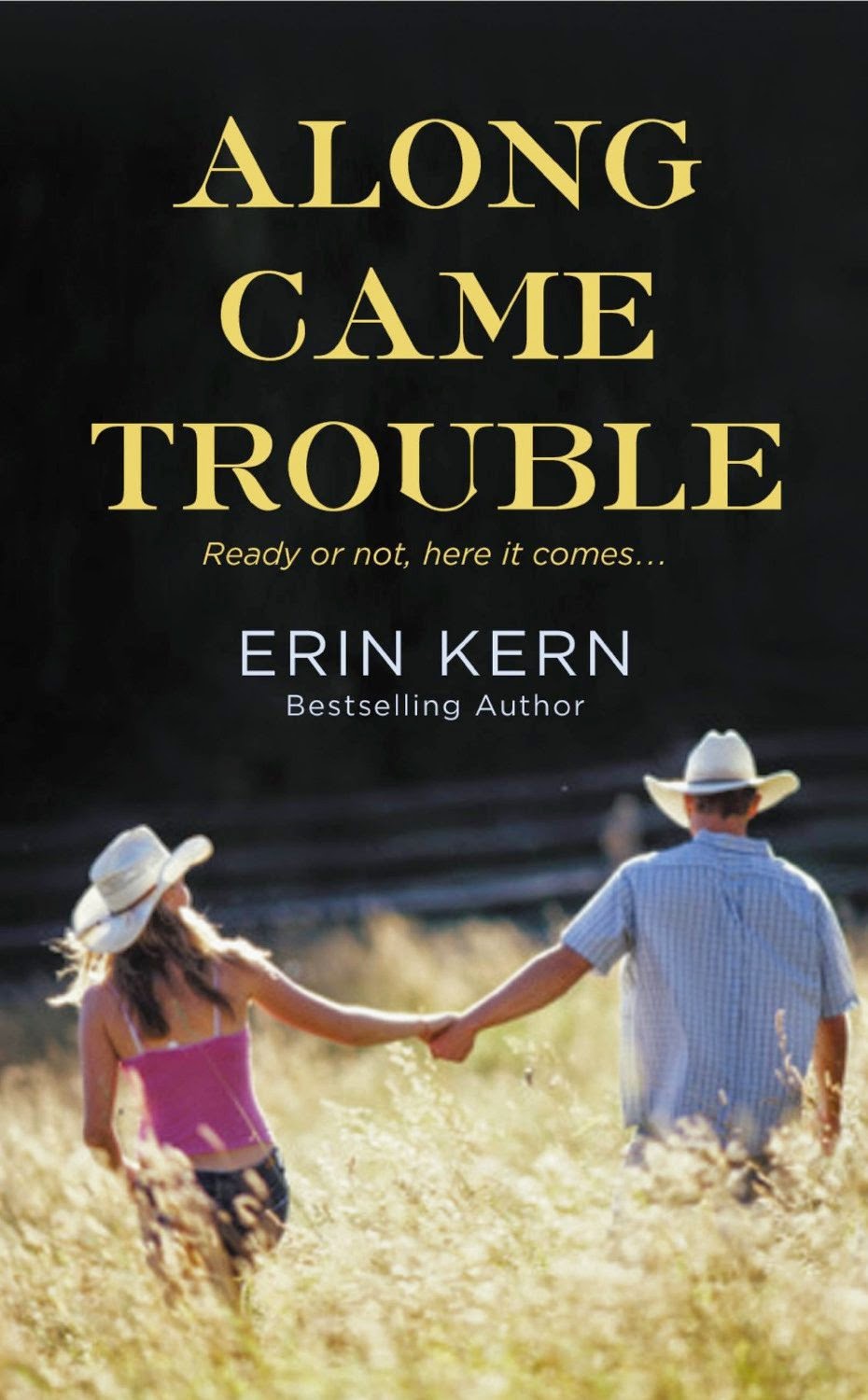 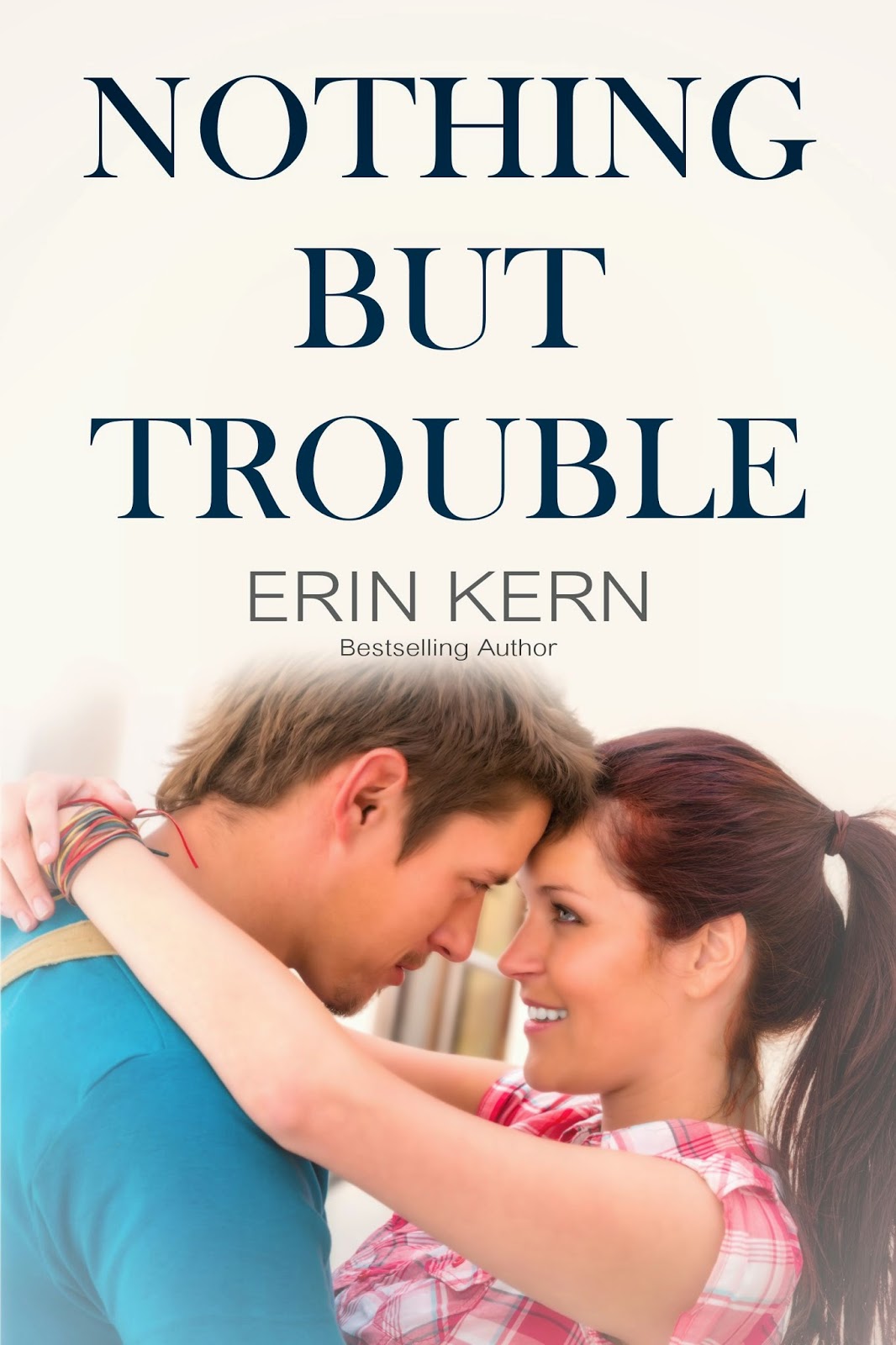 Then she spotted him. Or, rather his legs. Slightly bent at the knees, covered in a pair of shiny basketball shorts and moving up and down, in the doorway of his office, as though being lifted. As she came closer to his office, the movements of his legs made sense.
A pull-up bar installed at the top of the door frame.
And then the rest of him. Not clothed. As in bare-chested, muscles contracting as he lifted himself chin-level with the bar, then slowly lowered again. Then lifted. Then lowered.
Oh Lord.
“Are you going to say something, or should I keep going so you can stand there and watch?” Grant asked in a surprisingly non-winded voice as he continued his reps.
Courtney wasn’t sure she could do even one of those, much less sound so calm while doing so.
Her eyes remained glued to his torso, specifically how dangerously close those shorts were to slipping right off his narrow hips. And, yeah, white boxer briefs looked spectacularly amazing against tanned skin. Especially when that skin was pulled tight over a freakin’ eight pack.
“I don’t understand what’s going on here.” And, dammit, did she have to sound like she was on the verge of a really good orgasm? Why couldn’t he work out with a shirt on? Or, better yet, not have a body that could have been sculpted from granite?
“What does it look like?” he asked as he touched his chin to the bar, then lowered himself again.
“Well, it kind of looks like you’re doing something other than what you asked me here for.” And torturing me in the process!
“Maybe, maybe not,” he replied with a half a smile.
She stabbed her hands on her hips. “Did I get the day wrong?”
Grant touched his chin to the bar one last time, then dropped to the floor, landing on his feet with the grace of a ballerina. A one-hundred and eighty pound, six-foot-three ballerina.
“No, you got the time wrong.” He hooked his hands on his lean hips and stared at her. A single bead of sweat rolled down in between his pecs, then traced the contour of his abs before being absorbed by the elastic band of his briefs.
She yanked her gaze to his face and willed the heat to seep out of her cheeks. “I’m ten minutes early.”
“You’re twenty minutes late.” He spun around and sauntered into his office. “I told you noon.”
She followed him, secretly congratulating herself for not ogling his cement-hard ass. “You said twelve-thirty.”
Grant swiped a towel off his desk and rubbed it over his face. “No. I specifically remember saying twelve.”
Shit, now she was second guessing herself. Had he said twelve? She’d written twelve-thirty but that had been after she’d hung up the phone with him to schedule the meeting. In the past, her short-term memory had a way of altering itself. She’d been positive she’d heard twelve-thirty, but since she hadn’t written it down the second he’d said the time, it was possible she’d gotten it wrong.
“I can tell by the look on your face that you’re remembering more accurately.” He cupped a hand behind his ear. “Go ahead, you can say it.”
Oh, now the gorgeous bastard was asking for it. Would Chase kill her if she strangled every last cocky breath from his manager’s lungs?
“What, that you’re just as smug as you were four years ago?” she countered instead. Admitting to herself that she was wrong was one thing. Saying that to Grant? She’d rather tar and feather herself.
His only response was a chuckle. The deep throated kind that skittered along her nerve endings like a pebble hopping over the glassy surface of a lake.
“Always something to say,” he commented with a shake of his head. Then he hooked his thumbs into the waistband of his shorts, and pushed them down his legs.
Panic shot through her system faster than it took him to step out of his shorts. “Wait, what’re you doing?”
Holy Guacamole, if he stripped out of those boxers she’d have an aneurysm. Bad enough the cotton material was so tight over every ridge of muscle, he might as well not even be wearing the things.
One of his brows crept up his forehead. “What does it look like? Feel free to stay and watch.”
And then he dropped the boxers. 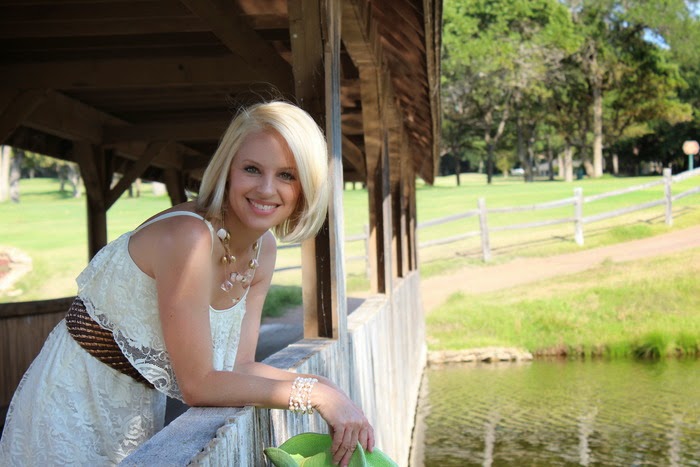 I started writing back in 2004 and six years later self-published the third book I wrote. Two years after that I landed a contract with Grand Central Publishing.

Now I'm just chugging along, spitting out books faster than my kids can turn my living room into a disaster zone...

Actually, that's not entirely true. I only wish it were true.

But in all seriousness, I write sassy and sexy contemporary romances for Forever Romance. My Trouble series is available online and wherever paperbacks are sold.